Stunning photos.. Watch the snow in this Saudi city 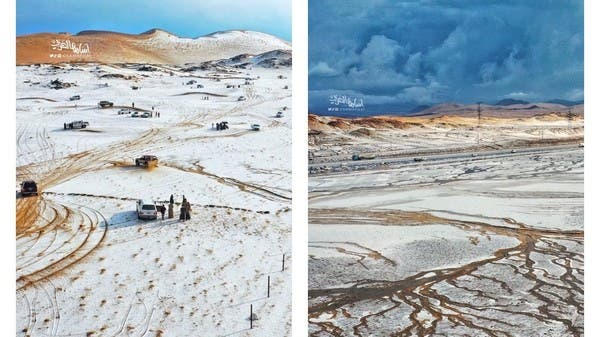 In a natural painting, snow was scattered over Badr Governorate, southwest of Medina, forming a picturesque painting, covered in bright white, while the photographer, “Osama Al-Harbi” documented scenes from the storm.

Al-Harbi explained to Al-Arabiya.net that Badr governorate witnessed heavy snowfall yesterday, so I documented it through the use of a drone, especially since this wonderful scene did not happen for years.

He also emphasized that such landscapes tempt photographers in general.

This is how the area became when it snowed

It is noteworthy that Badr Governorate was known as one of the governorates of the Medina region, which is rich in many landmarks, evidence and historical values, as well as agricultural and tourist areas.

The National Center of Meteorology had expected, in its weather report for today, moderate to heavy thunder rain accompanied by hail, and active winds in parts of the Medina area, and parts of the regions: Makkah, Riyadh, Hail, Al-Jawf, the northern border.