Stuttgart stays in the Bundesliga with a dramatic scenario 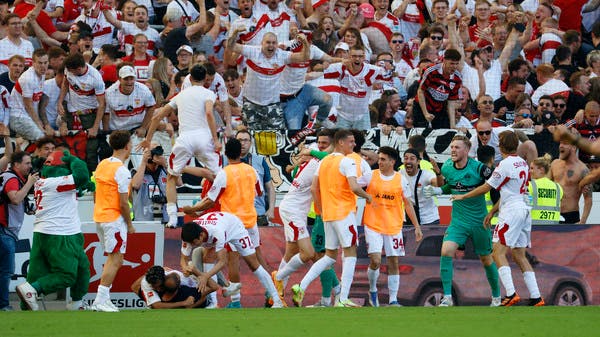 The curtain came down on the current season of the German Football League, with the relegation of Armenia Bielefeld to the second tier, Hertha Berlin’s promotion and relegation playoffs, and Stuttgart surviving in the last round of the Bundesliga on Saturday.

Bielefeld joined Greuther Fürth in the relegation trip to the second division after drawing with its guest Leipzig 1-1, while Hertha Berlin finished the season in third place from the bottom by losing to its host Borussia Dortmund 1-2, while Stuttgart survived with an exciting scenario by winning the deadly victory over its guest Cologne. 2-1 .

Forte is bottom of the standings with 19 points, and Bielefeld is in the penultimate position with 28 points, and Hertha Berlin is in the 16th place, where it will meet in the promotion and relegation playoffs with the third place in the second division, and Stuttgart came in the fifteenth place with 34 points.