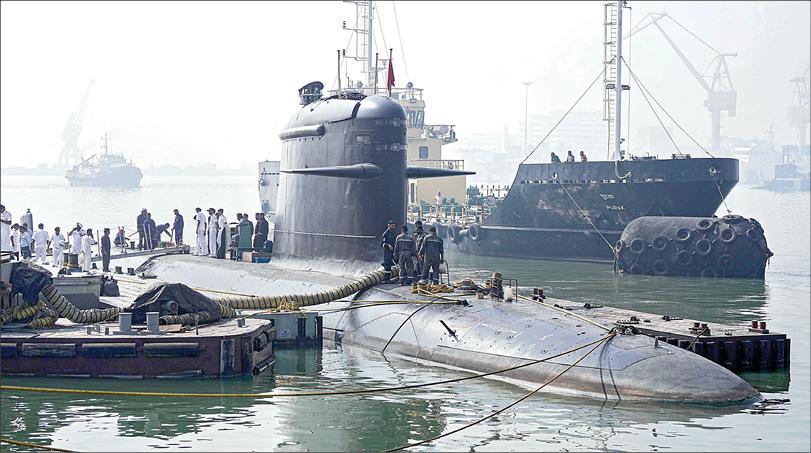 New Delhi: A new submarine, INS Waqir, will be inducted into the Navy the day after tomorrow.

The Indian Navy currently has more than 150 warships. The Ministry of Defense has set a target to increase the number of warships to 200 by 2027. Similarly, the navy has 17 submarines. 2 of these submarines are nuclear attack capable. Most of the country’s submarines are made by Russia and Germany.

Central Government Agreement: In this context, in 2005, the Central Government entered into an agreement with the Naval Group of France to build 6 new submarines. According to this, in the year 2007, the work of manufacturing submarines started at the construction site in Mumbai.

Navy Commander Harikumar will dedicate the new submarine to the nation at a function in Mumbai.

In this regard, Naval Vata Rangal said: 6 submarines are being manufactured with the technical assistance of French companies under the Self-Reliance India Project, called Kalwari type. The Malayalam word Kalwari refers to tiger. So far 4 Kalvari class submarines have been inducted into the Navy.

Diesel, Electric powered: The fifth submarine, INS Vaghir, is slated to be inducted into the Navy on the 23rd. The submarine is 67.5 meters long, 6.2 meters wide and 12.3 meters high. It is diesel-electric powered. The submarine is equipped with sophisticated missiles that destroy enemy warships. Attacks can be carried out not only on the sea area but also on air and land areas.

350 meter deep dive: It sinks to a depth of 350 meters under the sea. It can stay under the sea continuously for up to 2 weeks. Since it does not make much noise, it cannot be easily detected even if it enters the enemy’s sea area. INS Waksir, the final and sixth submarine of the Kalwari class, will be inducted into the Navy in March next year. Navy sources said.

In fact CM Jagan’s words did not go away.. APNGO president Bandi Srinivas is upset

The confusion that started with CM Jagan.. Hence this announcement: Atchennaidu

Most Popular Sports Teams on Instagram: RCB in Top 5