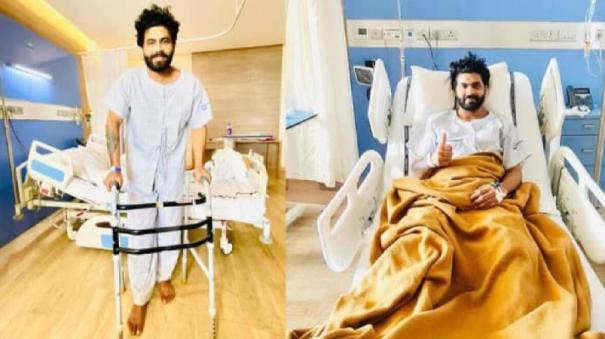 Ravindra Jadeja’s performance helped India win the first match of the ongoing Asia Cup series against Pakistan in the United Arab Emirates. After that, in the match against the Hong Kong team, he took a threatening run out and became the side of the team. Meanwhile, he was ruled out of the ongoing Asia Cup series due to an injury in the right leg joint.

Axar Patel replaced Ravindra Jadeja in the Asia Cup series due to doctor’s observation. Jadeja has also been ruled out of the upcoming T20 World Cup series in Australia due to ongoing knee surgery. He will not participate in the World Cup as it will take him at least six months to recover from the treatment.

Meanwhile, Jadeja, who underwent surgery a few days ago, shared a picture of him in the hospital on his website. In it, he mentioned that his surgery was successful and thanked the BCCI, teammates, physios, fans and staff for that. Jadeja also mentioned that he will recover from the injury soon and try to return to the team.