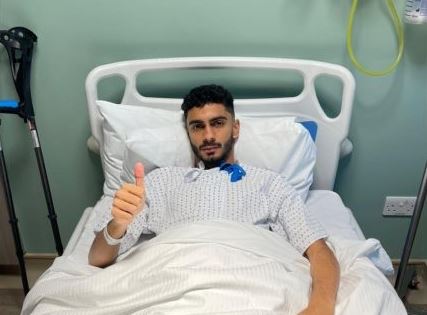 Muhammad Abbas said to the official website of Al Ain Club: “I feel a great improvement in morale after the success of the surgery. Injury is always a worrying concern for football players, but I believe that it is destiny and I am completely satisfied with what happened to me.” He continued, “I think that the ending season was historic for me, as I got with (the leader) the first double for me in the journey to defend the logo of the largest Emirati clubs and one of the best Asian clubs, and although I was injured, it is an exceptional season for me, as I scored My name is on the list that won the second professional cup and the 14th league title in the history of our club, and this in itself gives me and my colleagues a great motivation to continue to reap more achievements in the coming seasons, so we are aware of the fact that we are fortunate to belong to this great entity.
Abbas expressed his deep thanks and appreciation to the management of Al Ain Club, for taking care of his injury and following up on his condition, by directing him to provide all the reasons for comfort and the best and fastest means of treatment in order to overcome the stage of injury.

Regarding the rehabilitation programs that he will undergo after the surgery, he said: Based on the recommendation of the team doctor, it was decided to start the rehabilitation programs here in London, under the supervision of the medical staff who performed the surgery for me, and personally I am well aware that the next stage is important and requires effort. Doubled it and great focus, so that I can return strong and participate with my colleagues in group training, and I ask God Almighty success in returning quickly to the list of my team after the end of my treatment period next season.