Sudan.. Demonstrators in Khartoum heading towards the presidential palace 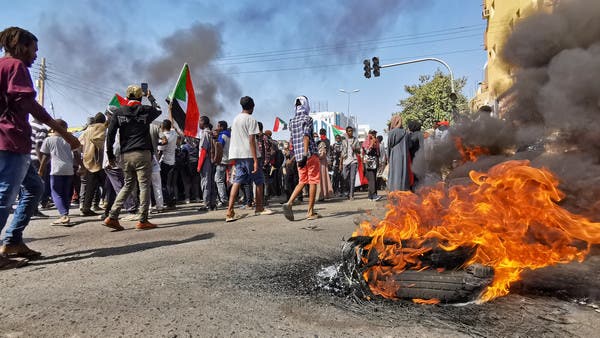 Demonstrators are heading in the Sudanese capital, Khartoum, towards the presidential palace, after the “resistance committees” announced, on Wednesday, their postponement until today.

She indicated that the rallies will head to the Republican Palace in Khartoum, and urged the participants to adhere to peace and discipline.

As for the reason for the delay or adjusting the timing, the field office for coordination of the resistance committees only said that “the war is a hoax,” as he put it.

In this context, the Sudanese Transitional Sovereignty Council quoted the Chargé d’Affairs of the US Embassy in Khartoum as stressing the importance of stopping violence and ensuring the right to peaceful demonstration in Sudan.

The council said in a statement today, Thursday, that the Chargé d’Affairs of the US Embassy in Khartoum, Brian Shawkan, affirmed the right of the Sudanese people to peaceful expression, and stressed the importance of “stopping violence” and ensuring the right to peaceful demonstration.

The statement said that Shawkan also affirmed his country’s support for the United Nations Mission in Sudan (UNITAMS) to perform its tasks and for the Sudanese people “to reach the stage of democratic transition.”

He added that Shawkan made his statements after a meeting with a member of the Sovereign Council Shams El-Din Kabbashi at the Republican Palace, noting that the meeting discussed political developments in Sudan.

The last round of demonstrations in the capital was last Sunday, when a demonstrator was killed after being hit in the head with a tear gas canister.

This brings the number of protesters killed since last October to 63, according to what was announced by the Central Committee of Sudan Doctors, which supports the protest movements.