Sudan..Identification of a policeman who ran over a demonstrator and another appeared with his weapon on display 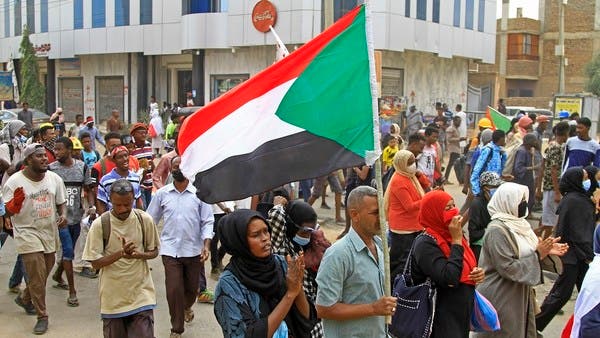 The Sudanese police said today, that they had identified one of its members who had run over a protester last Thursday.

In a statement to its press office, the police confirmed that, after investigations and research, they had identified another member of hers who was carrying a personal weapon aimed at the demonstrators on the same day.

The police stressed that they had taken the necessary measures towards the policemen, noting in the same context that the police and its employees were subjected to a number of cases of infringement, such as throwing incendiary materials at their vehicles, destroying their car tires, and subjecting their members to stabbing and other attacks.

She appealed to the demonstrators to adhere to peace and to avoid chaos and “stalking the police forces.”

The demonstrations that took place last Thursday, witnessed the death of one of the demonstrators, who was run over by a police vehicle. This incident was documented in a video circulated on social media.

During the protests, in a video documented by Al-Arabiya and Al-Hadath channels, a person appeared with a pistol, preparing to snipe the demonstrators.

message #the event Lina Yaqoub: The military component will monitor the Sudanese scene to find out what the “civil-civilian” dialogue will lead to?! pic.twitter.com/FGiVOtpJBx