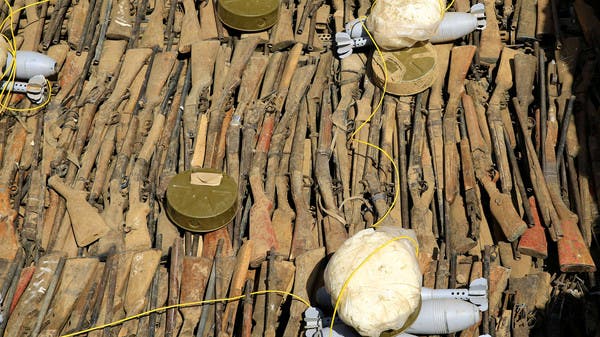 The “Sudan Tribune” website reported today, Thursday, that the Sudanese army thwarted the process of bringing in arms and drugs “smuggled from Ethiopia,” adding that the army arrested two of the accused in the east of the country.

The website said that the Intelligence Division of the 2nd Infantry Division in Gedaref state thwarted the entry of “50 Kalashnikov rifles and 446 Turkish pistols”, in addition to a quantity of drugs.

He added that the two arrested persons were arrested in the Lafat Junoon area in Al-Qureisha, in the state of Gedaref.

From the Sudanese border state of Gedaref with Ethiopia (archive)

And the Sudan Tribune website quoted the commander of the eastern military region, Ahmedan Mohamed Khair, as saying that “drugs and weapons coming from neighboring countries are smuggled by specialized gangs that are active in mutual military operations with Ethiopian militias to block the movement of Sudanese shepherds and farmers, in addition to their practice of kidnapping and extortion.” “.

The website quoted the commissioned governor of Gedaref, Muhammad Abdul Rahman, as saying that the army and security services “are able to tighten control, block border crossings, and station themselves to protect harvesting operations and transfer agricultural crops.”