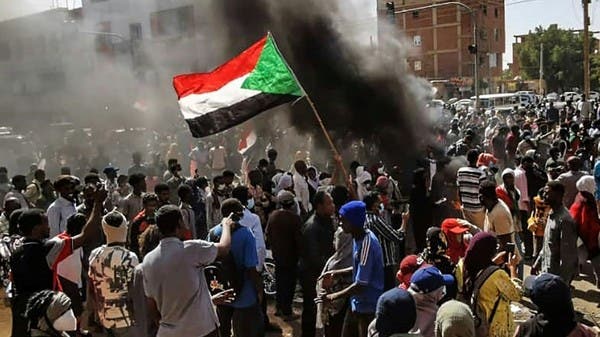 The Sudanese police announced, on Monday, the killing of a citizen in the demonstrations yesterday, and the injury of 30, including 22 security personnel.

The police said in a statement, carried by the Sudan News Agency, that it continued to “carry out its legal duties in securing marches and public and private property until the end of the movement in all localities, and the police forces dealt with unintended cases with reasonable legal force.”

She pointed out that “86 suspects were arrested, and the necessary legal measures were taken against them in the departments of jurisdiction, and 4 police vehicles were subjected to glass smashing.”

The Central Committee of Sudanese Doctors announced the killing of demonstrators in demonstrations on Sunday.

The Central Committee of Doctors in Sudan had said on Sunday that the demonstrations in the city of Bahri resulted in one death due to suffocation with tear gas.

On Sunday, Sudanese security forces dispersed demonstrations in the Republican Palace Street with tear gas in the capital, Khartoum.

Earlier, a demonstration started from the Al-Dim area, heading to the Republican Palace to demand full civilian rule.

The coordination of the Resistance Committees had called for the organization of mass rallies in Sudan, on Sunday, while the National Commission for Human Rights demanded to respect the right of everyone to peaceful demonstration and protect them and protect the announced processions from any forms of aggression, while the Sudan News Agency reported that the state of Khartoum decided to close a number of bridges simultaneously With invitations to demonstrate today.