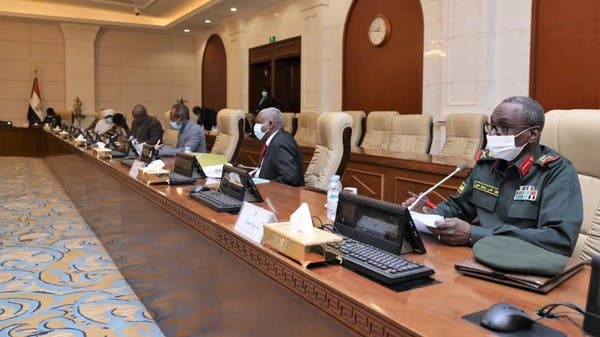 The Sudanese Transitional Sovereignty Council, in its periodic meeting at the Republican Palace today, Monday, headed by Lieutenant General Abdel Fattah Al-Burhan, welcomed the initiative put forward by the United Nations to facilitate dialogue between Sudanese partners, and called for the involvement of the African Union to support the initiative and contribute to the success of the Sudanese dialogue efforts, while ensuring its Sudaneseness.

In a related context, the committee assigned by the council to consult with the political forces and assemble initiatives, headed by a member of the Sovereign Council, Malik Agar, submitted a comprehensive report on its efforts during the last period.
Member of the Sovereignty Council and official spokesperson for the Council, Dr. Salma Abdel-Jabbar, explained that the Council called for the need to expedite the formation of a caretaker government to fill the executive void, as before the resignation of Dr. Abdullah Hamdouk from the position of Prime Minister and thanked him for the efforts he made for national consensus, during term of his presidency.

The member of the Sovereign Council added that the Council approved the memorandum submitted by the Ministry of Energy and Oil regarding the opening of the Galabat border crossing to cross gas trucks owned by the state of Ethiopia for humanitarian reasons.

The United Nations Mission in Sudan had said that consultations would begin today, Monday, with the aim of starting direct negotiations to resolve the political crisis in the country.

United Nations representative Volker Peretz said in a press conference in Khartoum today that the initial talks, which will start later today, will require wide-ranging individual consultations aimed at moving to a second stage of direct or indirect negotiations between the various parties.

“We want to move quickly,” he added. “We will start this afternoon with the first group of civil society. We will talk daily with many stakeholders.”

He added that it would be difficult to set a time frame for the start of negotiations. “Time is precious, we know that. There is a lot of pressure on the situation in Sudan and on us,” he added.

As Peretz said, “I hope that these consultations will become a confidence-building measure, and will at least help reduce violence.”