Sudden turn in Maharashtra: The next Chief Minister is Eknath Shinde 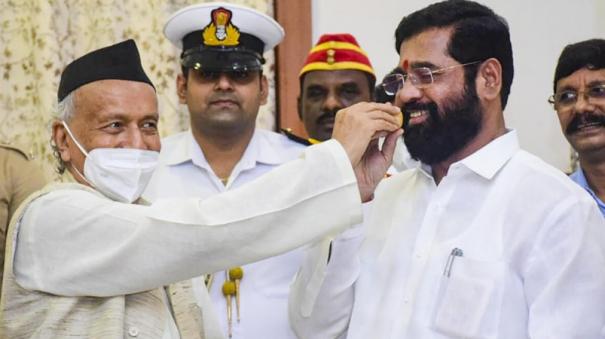 The apex court dismissed the petition and ordered a confidence vote. Following this, Uttam Thackeray resigned as Chief Minister last night. Thackeray then drove himself to Raj Bhavan. He was accompanied by his son Aditya Thackeray. He submitted his resignation letter to Governor Bhagat Singh Koshyari at midnight.

The governor asked him to continue as prime minister until a new government is formed.
Following this, disgruntled MLAs led by Eknath Shinde reached Goa from Guwahati at night. Goa Chief Minister Pramod Sawant visited the Taj Hotel in Panaji and held consultations with them.

Chandrakanth Patil announced that Devendra Patnaik and Eknath Shinde would take the next step. In this context, the two jointly met with Governor Koshyari today. The two then met with reporters jointly.

Eknath Shinde of the Shiv Sena then announced that he would step down as the new Chief Minister of Maharashtra and ensure that it went smoothly. He will also take office tonight at 7.30pm.

He said, “The Shinde-led government will effectively address many of the problems that have plagued the country for the past two and a half years. Reservation for Marathas and OBCs and completion of infrastructure projects will be the priorities of the new government.

The Shiv Sena went with the opposition parties throughout the life of Balasaheb Thackeray. Uttam Thackeray’s involvement in government corruption has led to the imprisonment of two ministers on corruption charges. ”