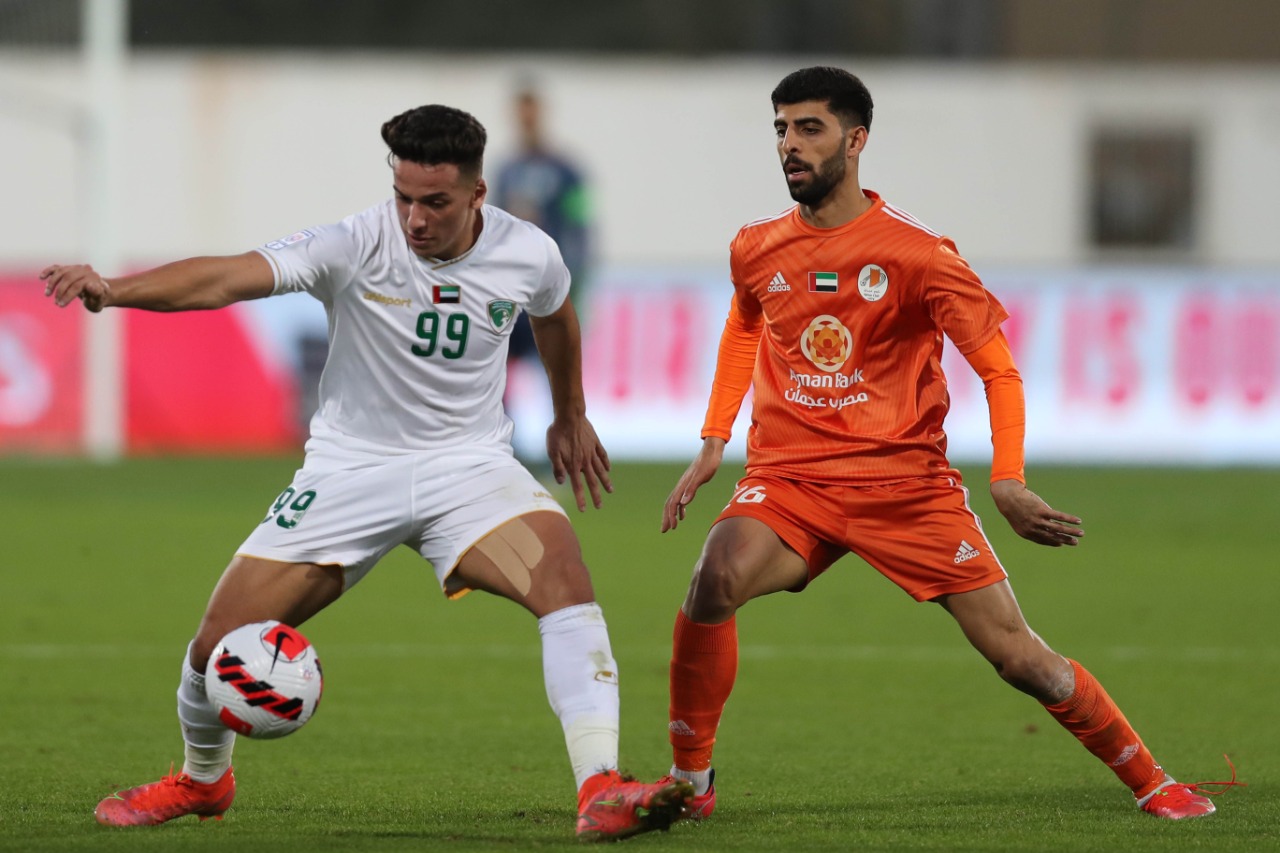 The Emirates team revived its hope of staying in the ADNOC Professional Football League, by winning away from home at the expense of Ajman with a goal without a response in the match that took place between them this evening, Saturday, at Rashid Stadium, in the opening of the last stage of the first round.

The “Falcons” owe this victory to goalkeeper Suhail Abdullah, who countered seven attempts by Ajman to reach his net, to lead his team to its first victory this season.

The Emirates team raised its score to the fifth point, two points ahead of Al-Orouba, the holder of the penultimate position, while Ajman’s balance froze at 15 points in 11th place.

The Emirates made their best start with the second minute, when Saeed Suleiman made a mistake in removing the ball, and the penalty came from the Algerian player Zakaria Bouliha, who fired a shot from a distance that settled to the right of the goalkeeper.

After this goal, the rudder of the game turned in the interest of Ajman, who attacked fiercely and had a chance from a fixed kick on the border of the box, which was played by Lenadro over the crossbar (34).

The most prominent opportunity for Ajman was through Mina, who played a ball with his head from Rabie Ataya’s cross that bounced from the goalkeeper to reach him again to hit the defenders’ feet and turn into a corner kick (36).

Ajman’s attempts continued with the second half, which saw an easy chance for him through defender Miral Samargic, who was at the goal gate, but his ball bounced off the crossbar (68).

Four minutes later, the hosts missed another chance to equalize from a free kick played by Leandro that bounced off the goalkeeper in front of substitute Hamid Abdullah, but the goalkeeper saved the game.

Ajman’s attempts remained to modify the result, but the steadfast defense and the goalkeeper’s brilliance prevented the net from shaking.