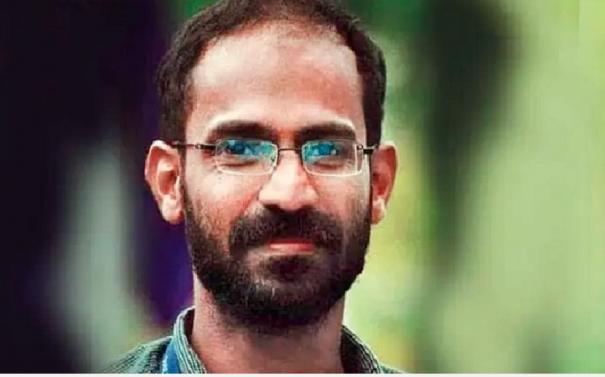 New Delhi: Kerala journalist Siddique Kappan, who was arrested while covering the Hadhras gang rape and murder case, has been released on bail after 2 years.

In 2020, he was arrested under the Unlawful Activities (Prevention) Act 1967 and the UPA Act. Siddique Kappan was arrested when he went to Hadhras to collect news about the rape of a Scheduled Caste woman in Hadhras, which froze the country.

After two years in the ongoing bail case, Siddique Kappan has been granted bail by the Supreme Court. In the bail order, ‘passport should be handed over before release on bail. He has to stay in Delhi for the next 6 weeks. It has been mentioned that it should be signed once a week at Delhi Nizamuddin Police Station. After that Siddique Kappan will visit his hometown Malappuram in Kerala. There he has to sign in daily at the local police station. It has been mentioned that he should not meet anyone in connection with the case while exercising his freedom during the bail period.

Earlier, Siddique Kappan’s bail plea was opposed by UP. The government said, ‘He is associated with the Popular Front of India. “He conspired with the BFI to create sectarian strife and spread extremism,” it said. While the Allahabad High Court had already rejected Kappan’s bail plea, now the Supreme Court has granted him bail.

Regarding this, Mohammad Basheer, a member of the Muslim League Party, said, “This is a good thing. Siddique Kappan got bail in one way. Like this, many undertrials are languishing in jail. Siddiqui’s bail will instill confidence in the judiciary,” he said.

What happened at Hadhras? – On 14 September 2020, a 20-year-old Dalit woman from Hadhras went to the field to collect fodder for her cattle. There, he was sexually assaulted by 4 people named Sandeep, Ramu, Lavakush and Ravi from Thakur community known as high caste. It was not just a case of sexual assault. Attempts were made to cut off the woman’s tongue and strangle her to death. The woman was seriously injured and was admitted to the hospital. In this case, the first information report was filed only after 6 days on September 20.

The investigation of the case was transferred to the hands of the CBI. From Aligarh Hospital, the woman was shifted to Safdarjung Hospital, Delhi. However, on September 29, the woman succumbed to treatment and died. In later investigations, it was argued that no one had cut off the woman’s tongue but that the woman had bitten her tongue while strangling her. On top of all this, the body of the dead woman was hastily cremated by the police in her native town. They said they had already done so before giving permission to cremate their daughter’s body.