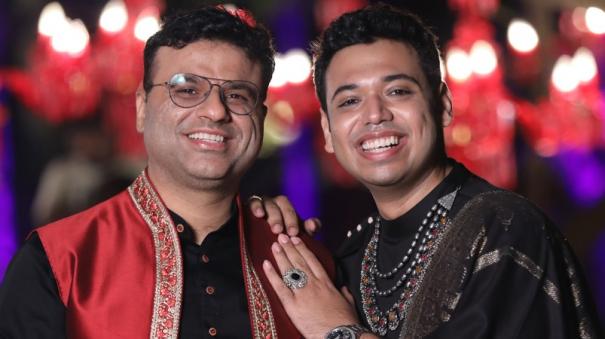 New Delhi: The Supreme Court has issued a notice to the Central Government to respond to a case filed by two same-sex couples seeking legal recognition of same-sex cousin marriages under the Special Marriage Act.

The case came up for hearing before a bench comprising Chief Justice DY Chandrachud and Justice Hima Koli. In it, two same-sex couples have sought recognition of their marriages under the Special Marriage Act.

The judges heard the arguments of senior advocate Mukul Rohatki, who appeared on behalf of the petitioners. Then they sent a notice to the Central Government and Attorney General Venkataramani. They have directed to reply to the notice within 4 weeks.

One of the petitioners who filed this petition was Suprio Chakraborty, Abai Thang. They live in Hyderabad. Another pair is Feroze Mehrotra and Uday Raj. Both couples said, “The right to choose a marriage partner should be extended to the LGBTQ community. Not recognizing same-sex marriage is against the right to equality and the right to life. Violation of Articles 14 and 21 of the Constitution. So our marriage should be recognized under the Special Marriage Act.”

Earlier, in 2018, a 5-judge Constitution Bench of the Supreme Court announced the repeal of Section 377 of the Indian Penal Code. The 158-year-old law criminalized homosexuality. After the repeal of Section 377, attitudes towards the LGBTQ community in society at large are changing. It is in this context that the Supreme Court has sent a notice to the Central Government in a petition seeking legal recognition of same-sex marriages.