Supreme Court to hear all petitions against CAA on Oct 31 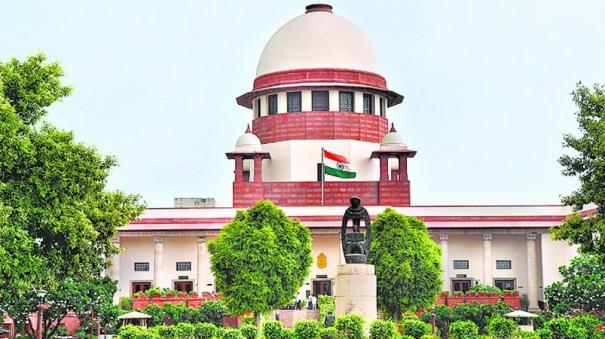 New Delhi: The Supreme Court has ordered that all petitions against the CAA will be heard on October 31 in a three-judge bench.

220 petitions were filed in the Supreme Court challenging the Citizenship Amendment Act (CAA) 2019. These petitions came up for hearing before the bench of Chief Justice U.U. Lalit, Justice S. Ravindra Bhatt. The hearing was held today after a gap of several months, when the trial was stalled due to the Corona pandemic.

At that time, the judges announced that the case will be transferred to a three-judge bench and the petitions will be heard on October 31. Further, the Supreme Court has instructed the parties involved in the case, including the Central Government, to clearly define and convey the background of this case based on the issues in this case, the questions raised against this Act and the various sections therein.

Meanwhile, the lawyers said that the petitions linking the Citizenship Amendment Act (CAA) with the National Register of Citizens (NRC) carried out in Assam should be heard separately.

The Citizenship Amendment Act provides for the granting of citizenship to people belonging to six non-Muslim faiths who have been persecuted in three countries – Pakistan, Bangladesh and Afghanistan – and have settled illegally in India.

Protests against this law were held in various parts of the country. However, the central government claims that the amendment to the Citizenship Act of 1955 was made to protect the religious minorities from the 3 neighboring Muslim-majority countries.

Earlier, the Supreme Court issued a formal notice that the petitions of all parties such as opposition parties, members of parliament, retired high officials, lawyers, students, social activists who filed a case against this amendment act will be accepted for hearing.

The petitioners allege that the amendment provides for the selective granting of citizenship to illegal immigrants on the basis of religion and the specific exclusion of Muslims. They have also alleged that the Act is against the basic elements of the Constitution like secularism, right to equality and dignity.