Surprise .. Delete the CCTV footage of the “Champions” final 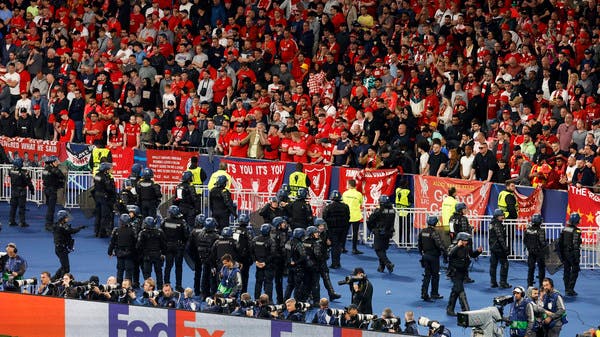 CCTV footage of the Stade de France stadium in the Champions League final last month between Liverpool and Real Madrid of Spain has been deleted, according to a hearing in the French Senate of the committee tasked with investigating the circumstances of the match.

The French Football Federation revealed that the video surveillance footage was destroyed, in line with French law which states that it must be destroyed within seven days unless subject to an order from the judicial authorities.

“We are surprised,” Senate committee chair Laurent Lafont told AFP, adding that an investigation was opened the day after the match. “There was plenty of time to request (the footage). We need to understand what happened.”

The final match hosted by Paris on May 28, in which Real Madrid won its fourteenth title against Liverpool, was marred by scenes of chaos, as the fans of the latter struggled to enter the stadium to attend the match, which raised questions about the ability of the French capital to host the 2024 Olympics.

Earlier Thursday, the Paris police chief acknowledged the “failure” of security operations and apologized for using tear gas in the face of fans as they tried to enter the stadium.

Speaking to the French Football Federation, Liverpool Mayor Steve Rotheram said he “cannot understand why the videos were destroyed”.

“Everything points to the belief that the destruction of compromising evidence was intentionally permitted,” Senate President Bruno Ritao added.

However, French police said later on Thursday that they still had video footage from the stadium for match day.

And the police account on Twitter wrote on Thursday evening: The photos that the police have are definitely at the disposal of justice, within the framework of requests placed in a criminal investigation. Let’s not confuse police photos with private body photos, given that the photos are kept for thirty days.