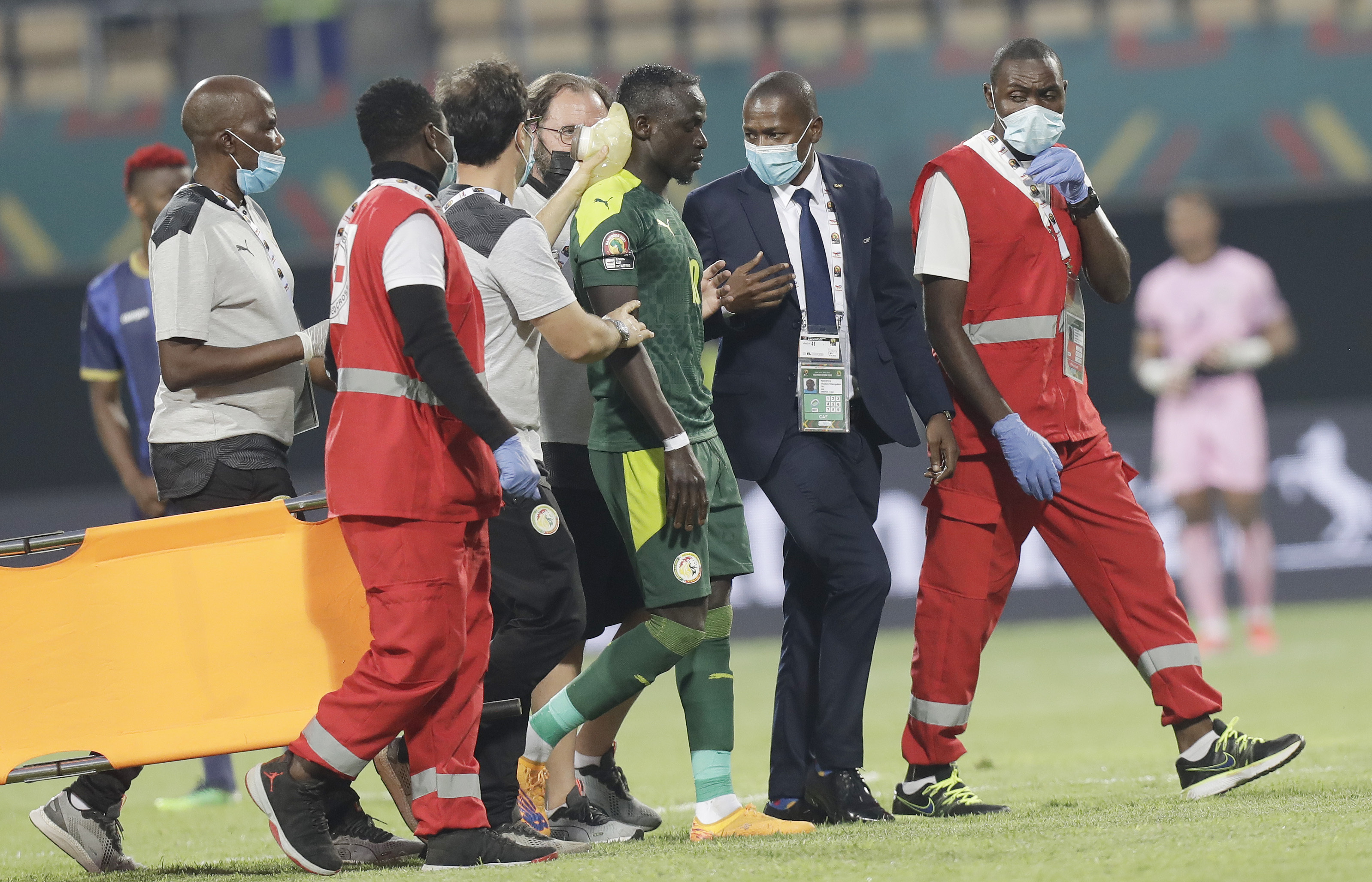 Senegalese Sadio Mane, the Liverpool star, raised doubts about the possibility of his participation in his country’s match with Equatorial Guinea in the quarter-finals of the African Nations Cup scheduled for Sunday, after the injury he suffered during the round of 16 match against Cape Verde, which the Senegalese won with two clean goals, during which Mane scored the goal. the first.

It is suspected that Mane suffered a concussion of the brain as a result of a collision with the Cape Verdean goalkeeper, who was shown the red card by the referee as a result of his recklessness in a docking with Mane, and this was revealed by the “mouse” video technology room in the 57th minute of the meeting.

For his part, Mane published a picture on his personal account on “Instagram”, a picture during which he exercises solo, stressing that he is recovering from injury, without clarifying whether he is playing the decisive match with Equatorial Guinea or not, especially as he fell to the ground during the match and asked to be replaced immediately due to A hard bump into his head.

Mane’s injury comes hours after he appeared in a controversial video in which he challenges the Egyptian fans and informs them that the result is: “Senegal is one and Egypt is zero,” after he learned that Senegal will face Egypt, led by his Liverpool colleague, Mohamed Salah, during two home and away matches to determine the identity of the qualified team for the Cup finals. The world “Qatar 2022”.