Surprise .. “The Submerged Team” leads in the “La Liga” 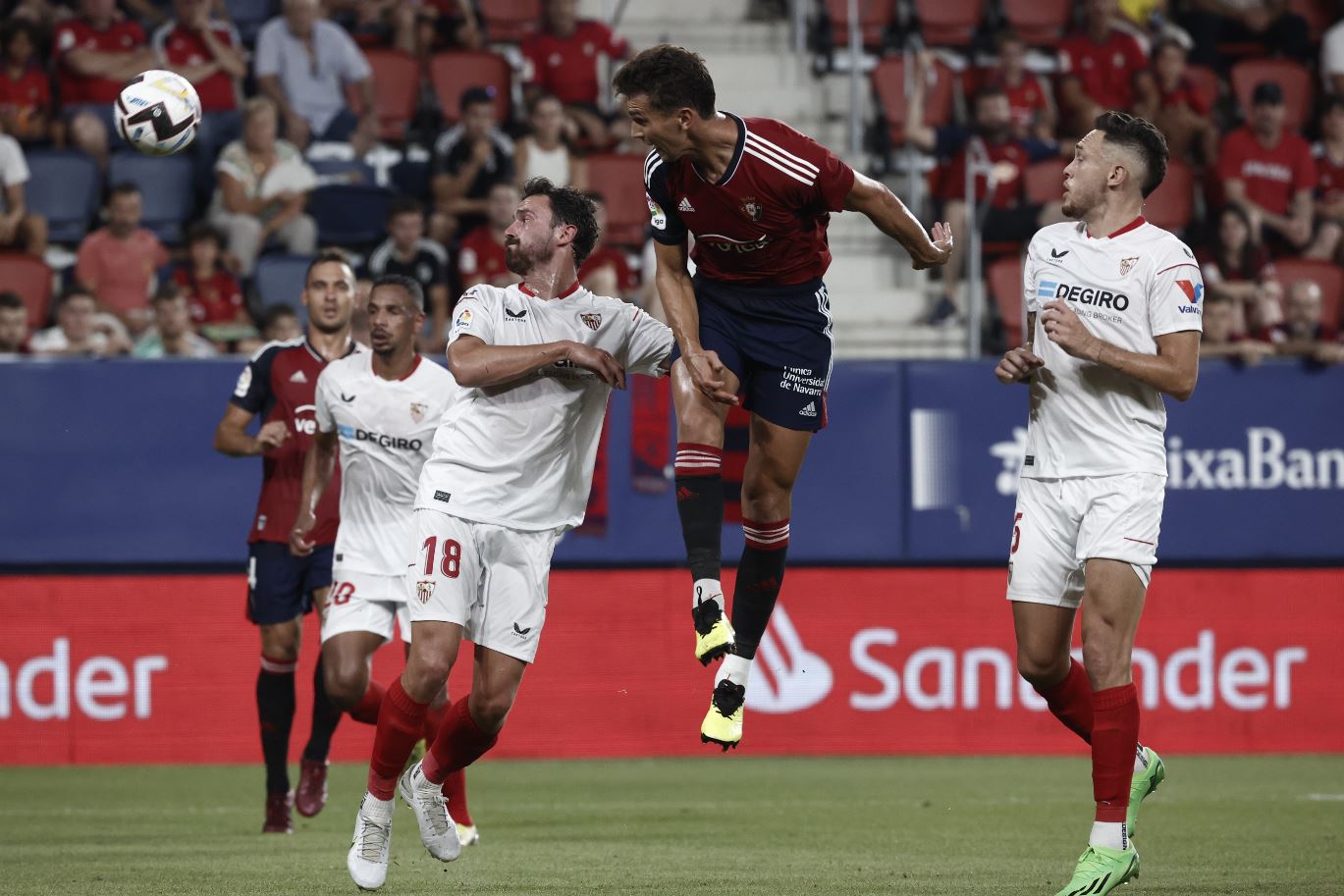 Osasuna grabbed the first three points of this season, in the opening of the Spanish Football League, after a thrilling victory over its guest Sevilla 2-1 in the first stage yesterday, to become the first leader. The two goals of Osasuna were scored by Argentine striker Luis Ezequiel Avila (9) and Aimar Uruz (74 from a penalty kick), while the Andalusian club’s striker Rafa Mir scored (11).

The beginning of the season was bad for Sevilla, the fourth of last season, despite its dominance of the ball, but coach Julen Lopetegui’s men were unable to translate this dominance into goals to settle the two results and lost against an unknown team newly promoted to the League.

The match hosted by Al Sadar Stadium was close at the beginning, as the two teams sought to achieve their first victory in the new season of “La Liga”. Avila managed to score the first goal of the season after 9 minutes of a strong header that Moroccan international goalkeeper Yassine Bounou failed to block to announce the progress of the hosts, but the stubborn Seville quickly returned to the match by equalizing through Rafa Mir after only two minutes after a pass from Argentine Babu Gomes (11), so the two teams head to the break tied 1-1.

The two teams continued their attempts to snatch the winning goal in the second half, until Uruz managed to score the second goal for the owners of the land from a penalty kick (74). Barcelona opens its campaign today when it hosts Rayo Vallecano before Real Madrid, the defending champion, will visit Almeria on Sunday. The stage concludes on Monday, when Atletico Madrid will visit Getafe.