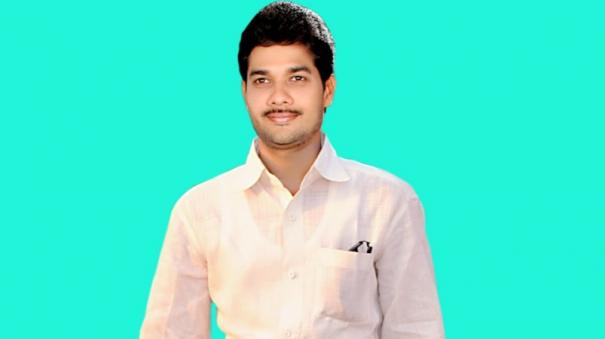 Shocked by this, Subramaniam’s wife Aparna and parents refused to buy the body and asked a barrage of questions as to what had happened. Thus, the car was left there and Udayabaskar was gone. Aparna and Subramaniam’s parents lodged a complaint at the Kakinada police station.

Thus, the police registered the case as a mystery. Subramaniam’s body was taken to Kakinada Government Hospital for autopsy.

Subramaniam was injured in a road accident at Sarvavaram when police questioned MLC Udayabaskar in this regard. I just took him to Kakinada Government Hospital. The doctors who examined him there said that Subramaniam was dead and I handed over the body to his wife and parents.

According to MLC Udayabaskar, the police examined the surveillance cameras at the scene of the accident. It is certain that no such accident took place there then.

Meanwhile, several opposition Telugu Desam, Janasena and Dalit organizations staged a demonstration in Kakinada demanding that Subramaniam be killed by the MLC and that he be arrested immediately.

Meanwhile, the police handed over Subramaniam’s body to his parents on Saturday after an autopsy, promising to provide justice. The body was also buried on the same day. However, the government has demanded the immediate arrest of the late MLC Udaya Bhaskar and the family of the deceased Subramaniam. The Telugu Desam Party (TDP) protested yesterday demanding Rs 1 crore in financial assistance.

In this context, the police confirmed that MLC Udayabaskar Charan reached Kakinada police yesterday. Police also said that he was the one who committed the murder and admitted that he had killed Subramaniam for some personal reasons.

3 more people have been arrested in this connection. However, a police investigation is ongoing. The parents of the deceased Subramaniam have questioned who would be behind the kidnapping and murder of the ruling party members who are supposed to be safe for the people. The incident has caused a major crisis for Chief Minister Jagan.