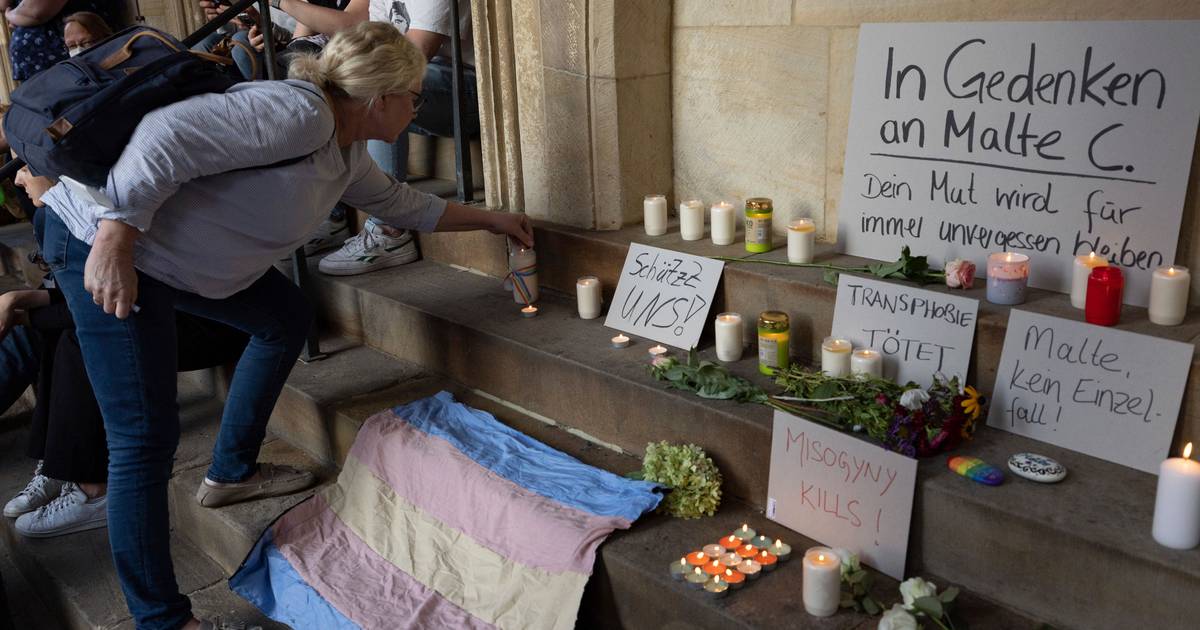 German police arrested a 20-year-old man in Münster on Friday, allegedly responsible for the violent death of a 25-year-old trans man as a result of an incident at a Gay Pride event last Saturday.

A female homicide detective recognized him at the station and arrested the suspect, police announced Friday evening. She tracked down the man after analyzing eyewitness statements and photo and video material from residents of the city in the state of North Rhine-Westphalia. The suspect will appear in court on Saturday.

Malte C. was seriously injured in the downtown area last Saturday during the celebration of Christopher Street Day (CSD), a celebration, memorial and demonstration day of lesbians, gays, bisexuals, transgenders and intersex. After the official CSD program ended, the trans man stood up for two women who received homophobic insults and threats from the suspect, including “lesbian whores” and “suck it up.”

When the 25-year-old intervened, the man hit him in the face so hard that he lost his balance. With the next blow he lost consciousness and fell with his head on the asphalt. The attacker fled with a companion, his victim was kept in an artificial coma in hospital. The transgender succumbed to his injuries on Friday morning.

The news of his death sent a shock wave in Münster and beyond. Mayor Markus Lewe (CDU) is dismayed. “This horrific event shows that we need to do even more for equality and acceptance of people of different sexual orientations,” he said on Friday.

The mayor announced that the flag would go at half-mast on all public buildings in the city and that he would take part in a demonstration against gay violence at 6 p.m. At least 6,500 people took part in this, according to local media. After that, in memory of Malte C., a memorial gathering was held at the crime scene in which hundreds of people participated.

Bishop Felix Genn of the Diocese of Münster called the act of violence ‘barbaric’ and ‘insane’. He called for action against intolerance, hatred and exclusion. Politicians and LGBT+ rights activists from across Germany pushed for action to fight transphobia and homophobia in Germany. Nyke Slawik, one of the first openly transgender people in the German parliament, on Twitter called the attack “horrific” and said she was “in deep grief” over the drama.

The Lesbian and Gay Federation in Germany (LSVD) said it was “upset and deeply concerned” about the crime, as well as the way the attack was described by police and prosecutors. “We call on the investigating authorities to immediately declare this act a hate crime motivated by homophobia and transphobia,” André Lehmann, a member of the LSVD’s executive committee, told the broadcaster. Deutsche Welle.

Alva Träbert, a gay feminist researcher and also a member of the executive committee, said “our commemoration should not be silent” in the face of life-threatening violence. Malte’s death is a further reminder to many of us that there are sections of society that deny us human dignity. We express our full solidarity with those who also fear for their own safety after this crime.”