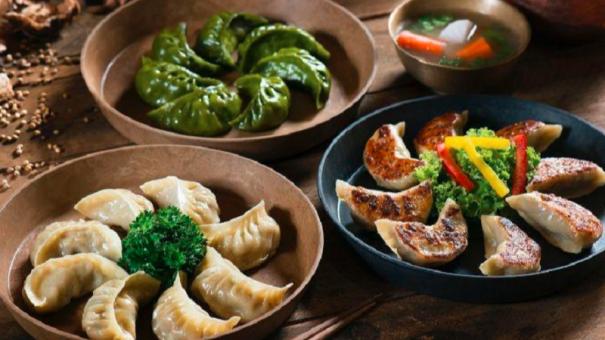 Momos, an Asian import, pushes Western imported foods like pizza and burger to the trend and attracts young people. Its taste and the momos chutney it gives to the touch have made the Indian tongues very addicted to it.

It is easy to push at least two plates into a loaf of bread if one begins to eat steamed momos after being steamed and put in the mouth. That is why it has become a favorite food of children and adults alike. But the recent death of a 50-year-old man after he ate Momo and choked it has plunged Momos lovers into fear.

The Delhi Aims Hospital has also issued a warning in this regard. The warning was published in the journal Forensic Imaging.

That warning note: A 50-year-old man recently died of suffocation. An entire Momos was trapped in his trachea during his autopsy. So the doctors reported that the person died of suffocation. The nature of the momos, which slip when put in the mouth, and its small size are the cause of such problems. So Momos should be chewed well while eating. Thus said Ames doctors.

Not only Momos but also the insistence of our ancestors that any food should be crushed.

Momos are steamed food with a vegetable or meat mixture inside the rice flour. Momos was born in Tibet. It came to Nepal from there. There were various innovations added and came into India.

Popular in Darjeeling, Ladakh, Sikkim, Assam, Uttarakhand, Himachal Pradesh and Arunachal Pradesh, Momos has now made its way to the tip of southern Tamil Nadu. Momos are also eaten in Pakistan. There they call it Mamto.