Swarovski has suspended sales in the online store in Russia 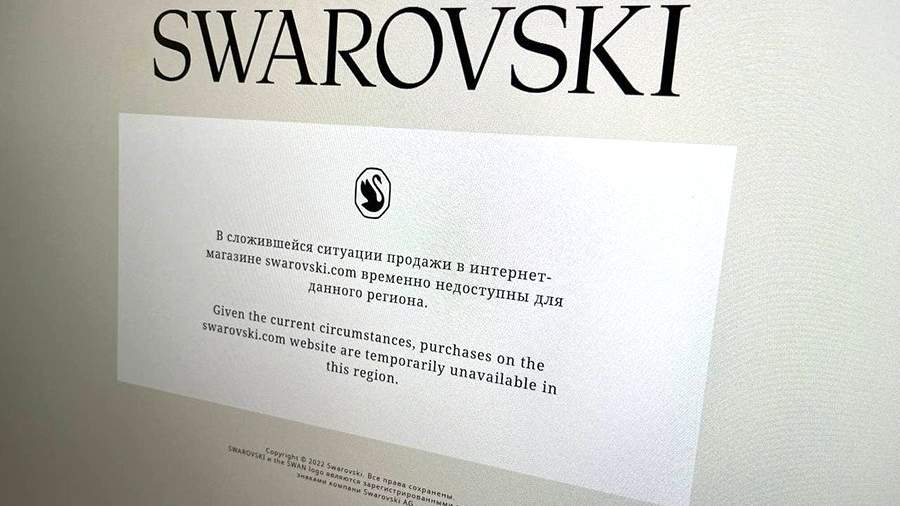 Jewelry company Swarovski has suspended sales in the online store in Russia. This was announced on Friday, March 4, on the company’s website.

“Due to the current situation, sales in the swarovski.com online store are temporarily unavailable for this region,” the message says.

Earlier in the day, Finnish construction company YIT decided not to buy building materials from Russia anymore. They noted that the crisis, unfolding against the backdrop of geopolitical events, will have an impact on the cost of certain categories of goods around the world.

On the same day, it became known that the Swedish company IKEA was suspending its activities in Russia and Belarus in connection with a special operation carried out by the Russian Federation to protect Donbass. It was also reported that the Danish toy manufacturer Lego suspended deliveries to Russia.

Western sanctions followed in response to the Russian-led operation to protect the Donbass, the beginning of which Russian President Vladimir Putin announced on February 24. The Russian side emphasized that it does not hatch plans for the occupation of Ukraine, and strikes are carried out only on the military infrastructure of the armed forces of a neighboring country.

The situation in Donbass escalated on February 17, 2022. In the Donetsk and Lugansk People’s Republics (DPR and LPR), heavy shelling by Ukrainian security forces, including from heavy weapons, was reported. The republics announced a general mobilization, the evacuation of civilians to the territory of Russia, and also asked to recognize their independence. On February 21, the President of the Russian Federation signed decrees recognizing the sovereignty of the DNR and LNR.