Sweden: We will comply with international laws regarding extradition 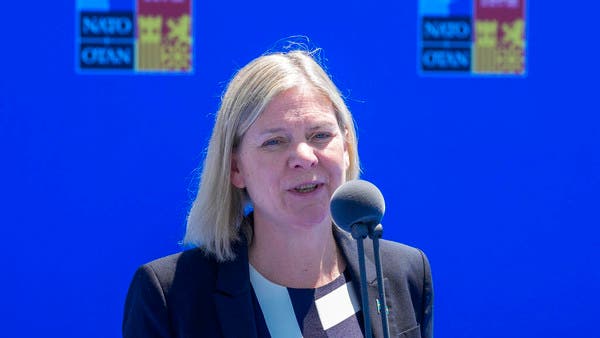 Swedish Prime Minister Magdalena Andersson has confirmed that her country will continue to follow domestic and international law in extraditions.

She told reporters on the sidelines of the NATO summit in Madrid, that “there are residents in Sweden who are concerned, and regarding this I want to clarify three things.”

In this context, she added, “First of all, we do not deport anyone with Swedish citizenship, and I know that among those who expressed concern are Swedish citizens, so there is no need to worry.”

“Secondly, we will, of course, follow, as in the past, Swedish law and international law… Thirdly, this means that if no one carries out terrorist activities, there is no need to worry.”

She also added, “It depends on the quality of information we get from Turkey in this regard.”

“We will renew the demand for the extradition of the wanted persons.”

In parallel, Turkish Justice Minister Bekir Bozdag said today that his country will renew requests it made to Sweden and Finland to extradite individuals it considers terrorists, after the three countries reached an agreement on the Nordic countries’ bid to join NATO.

Turkey opposed the two countries’ efforts because of what it described as their support for Kurdish militants and others it considers terrorists, in addition to the two countries’ ban on arms exports to Turkey and their failure to implement extradition requests.

It also stipulated that binding commitments be implemented and that concrete steps be taken to raise its opposition to the order.

On Tuesday, the three countries signed an agreement in order for Ankara to raise its opposition to the order, while the two candidates pledged not to support the Kurdistan Workers’ Party, the Syrian Kurdish People’s Protection Units, as well as the network of Turkish cleric based in the United States, Fethullah Gulen.

It is noteworthy that Turkey has always called on partners to stop supporting the People’s Protection Units (YPG), the main ally of the United States in the fight against ISIS.

It frequently exchanged criticism with the United States, France, Germany, the Netherlands and other countries on this issue.