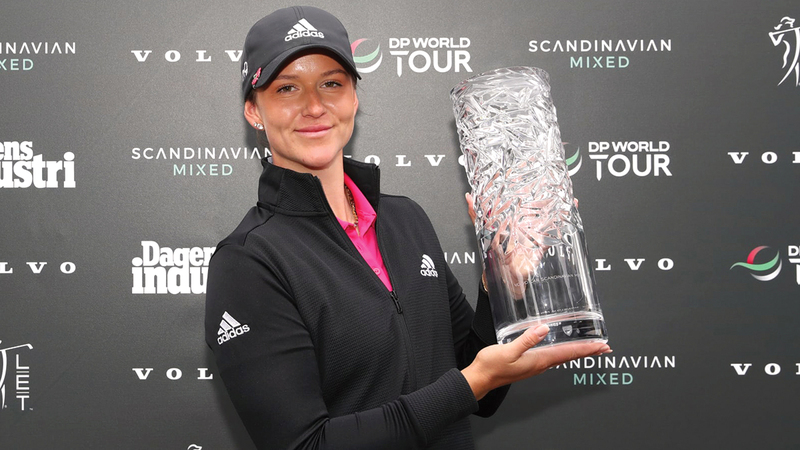 Sweden’s Lynne Grant made history as the first player in history to win a title at the DP World Tour, sponsored by DP World, after defeating her competitors, both men and women, at the Volvo Scandinavian Mixed Golf Championships held in Sweden.

Lynn Grant, 22, who is participating in the European Tour of women’s golf, scored 24 under par, nine ahead of her closest competitors, Swedish star Henrik Stenson and Scotland’s Mark Warn, who came in second with 15 under par.