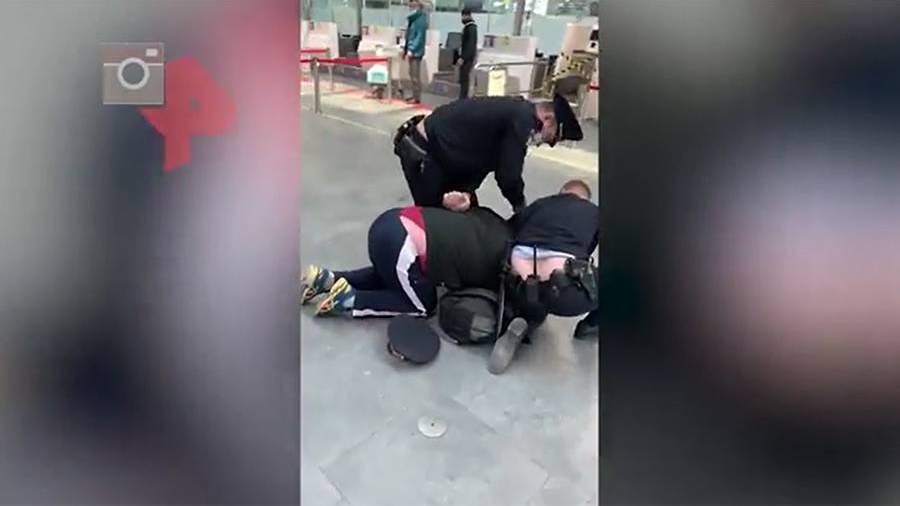 The police at the St. Petersburg airport Pulkovo detained the merited swimming coach of Russia Alexander Ilyin for refusing to wear a medical mask. On November 22, his pupil of the swimmer, Honored Master of Sports of the Russian Federation Vitalina Simonova announced this on Instagram.

“At the Pulkovo airport, the honored coach of Russia was detained for refusing to wear a mask. So the criminals would be detained. They also wanted to break me, ”the athlete wrote.

The footage shows how the police are trying to put handcuffs on a man lying on the floor near the registration desk. Simonova’s indignant voice is also heard.

On October 9, a security guard at an Apple Store in New York was stabbed in the United States for requiring a customer to wear a medical mask. The wounded was sent to the hospital, doctors assess his condition as stable.