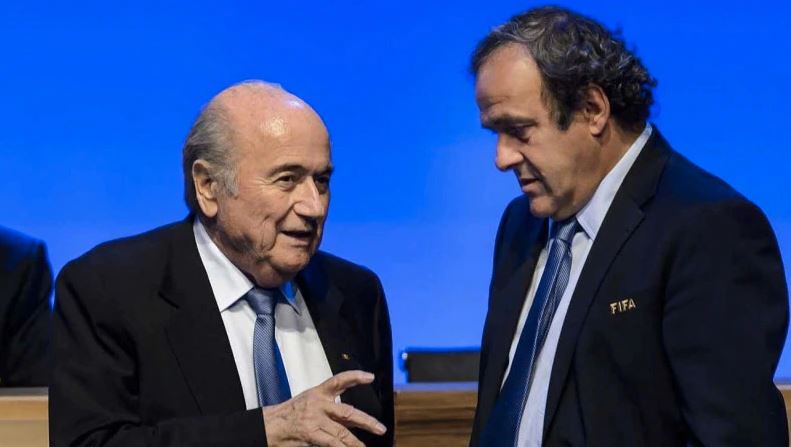 Today, Swiss prosecutors demanded a prison sentence of one year and eight months (i.e. 30 months) with a suspended sentence for the French former president of the European Football Association (Wifa) Michel Platini and the Swiss Joseph Blatter, the former president of the International Federation (FIFA), against the background of defrauding FIFA by obtaining the Unjustified compensation of two million Swiss francs (1.8 million euros) in favor of the former French star.

The Federal Criminal Court in Bellentsona will issue its decision on July 8 in this case, which has ended the careers of the two men, where the penalty can reach up to five years in prison. Prosecutor Thomas Hildebrand refused the demand for a strict sentence against the French (66 years) and the Swiss (86), and requested that their convictions be accompanied by a suspended sentence and two years of probation.

For more than four and a half hours, the attorney general sought to get rid of the thesis of the “oral contract” between the two men for Platini’s work as an advisor for Blatter between 1998 and 2002. Platini and Blatter signed a written agreement in August 1999 stipulating that FIFA would pay 300,000 Swiss francs annually, confirming that they agreed to pay 700,000 Swiss francs more annually when the FIFA finances allowed it.

Platini, who then held the presidency of the European Union, presented a bill of 2 million Swiss francs (1.8 million euros) at the beginning of 2011, which Sepp Blatter signed and presented to FIFA as a salary arrears. Hildebrand said that even if FIFA had converted 1 million Swiss francs into platinum in 1999, he would have had “more than 21 million francs in cash”, and his reserves had reached 327 million in 2002. He insisted that agreeing to such an amount without a written contract and from Without witnesses and without him being recorded in the accounts at all “contrary to commercial practices” as well as the customs of FIFA. The trial began last Wednesday and will continue until the current 22nd, with FIFA pleadings and then the defense.