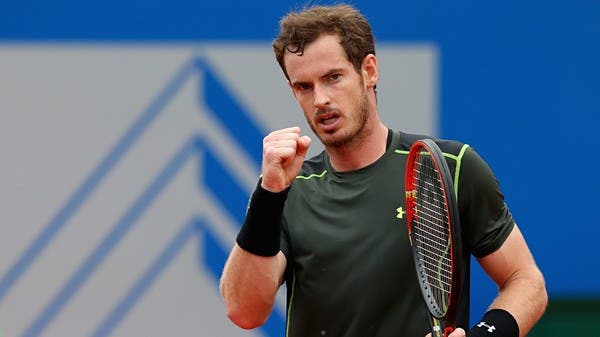 Former world number one Andy Murray reached his first final in more than two years on Friday when he beat American Riley Opelka 6-7 (6-8), 6-4, 6-4 in the semi-finals of the Sydney Australian International Tennis Tournament. .

The 34-year-old Murray, who has fallen to 135 in the world due to injuries, lost the first set with difficulty after a tiebreak, before hitting hard in the second and third and winning them by one score 6-4.

Murray’s last final was in Belgium in October 2019 when he crowned his last 46 title, months after recovering from two hip surgeries.

Murray, who is preparing to participate in the Australian Open, the first of the four grand slams, with a wild card, will meet in the 69th final of his professional career with the Russian Aslan Karatsev, the first seed in the session, who defeated the other Briton, Daniel Evans, third 6-3 6-7 (11-13) and 6-3.

Murray said he was playing “better game by game”, adding: “It would be great to start the year with a title, it’s been a great week for me.”

Murray won three major titles in his career after winning twice at Wimbledon in 2013 and 2016 and once at the US Open in 2016, but Australia has always been a disappointing stop for him after losing five finals (2010, 2011, 2013, 2015 and 2016), the four The last against the Serbian first seed Novak Djokovic, the defending champion.

Among the women, the Czech Barbora Kraichikova, the fourth in the world, saved four balls that would have taken her out of the tournament, before she beat Estonian seventh Anett Kontaveit 0-6, 6-4, 7-6 (14-12) in two and a half hours, to reach the final.

Kraichikova, the champion of Roland Garros, will meet in the final with the ninth Spaniard Paula Padusa, who beat Russia’s Daria Kasatkina 6-2, 6-2.