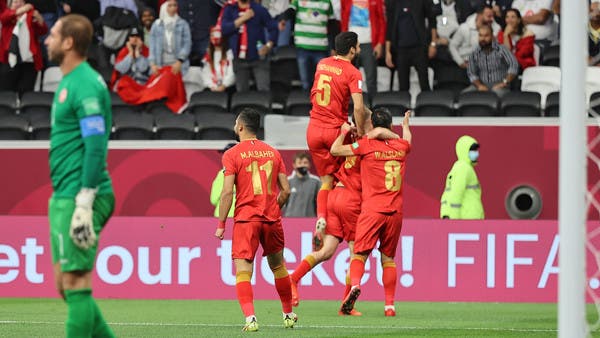 The Syrian national team revived its hopes of qualifying for the second round of the Arab Football Cup in Qatar, after hitting the net at the beginning of each half to win 2-0 over ten players from Tunisia in the second round of Group B competitions on Friday.

It shocked Tunisia with an early goal scored by striker Oliver Cascaw after four minutes from the start, before his situation worsened after midfielder Mohamed Ali Ben Ramadan was sent off before the break.

Two minutes after the start of the second half, Muhammad Anz doubled Syria’s lead when he received a ball outside the area before firing a superb shot that hit the crossbar before hitting the net to revive his country’s chances of qualifying for the next round.

This result confused the calculations in the second group and postponed the decision to qualify for the second round until the next round.

The UAE, which won 1-0 against Mauritania earlier, leads the group with six points, while Syria and Tunisia share second place with three points each, and Mauritania is at the bottom of the standings without a balance.

Tunisia meets the UAE, while Syria faces Mauritania in the last and decisive round of Group Two competitions.