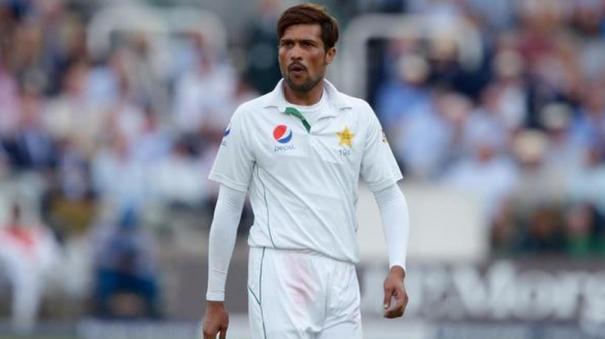 The Pakistan squad for the upcoming T20 World Cup series was announced yesterday. In this case, former fast bowler Mohammad Amir has severely criticized the chairman of the selection committee that selected the team. Because of that he has been trolled on social media.

Aamir is a left-arm fast bowler who has played 36 Tests, 61 ODIs and 50 T20Is for the Pakistan Cricket Team. He has taken a total of 259 international wickets. He faced a 5-year ban on gambling charges. The 30-year-old retired from international cricket by 2020.

In this case, he has criticized the chairman of the selectors who made the selection of the Pakistan team for the T20 World Cup series which was published yesterday. “Cheap choice of selection committee chairman,” he tweeted.

Fans are reacting to it on social media. The fans responded by saying, ‘Watch the Champions Trophy highlights while you are sitting at home’, ‘How did you play in the Pakistan jersey’, ‘He is defaming you with his mouth’, ‘No matter what happens, we are not going to select you in the team’. Some have entered comments citing his gambling controversy.