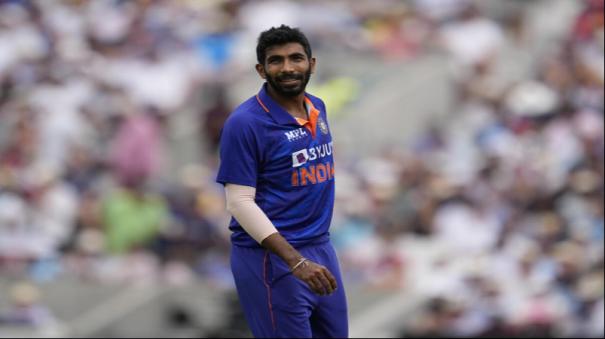 Jasprit Bumrah, the Indian fast bowler, is doubtful to play in the upcoming T20 World Cup. It is said that he will withdraw from the series due to a back injury.

Bumrah has played 30 Tests, 72 ODIs and 60 T20Is for the Indian cricket team. The 28-year-old has taken a total of 319 wickets. He has played 120 matches in IPL cricket. Batsmen of international cricket teams will struggle to face his yorker. He bowled such a delivery to Australia’s captain Aaron Finches in the recently concluded T20 series against Australia.

In this case, it seems that the cause is a stress fracture in his back. However, BCCI sources say that he will take up to six months to recover from this injury. So it seems that he will not participate in the T20 World Cup which is going to start in Australia in the next few days. The Board of Control for Cricket in India has to make an official announcement in this regard.

India’s all-rounder Jadeja has been ruled out of the T20 World Cup due to injury. In this case, Bumrah’s withdrawal will be a big setback for the Indian team.