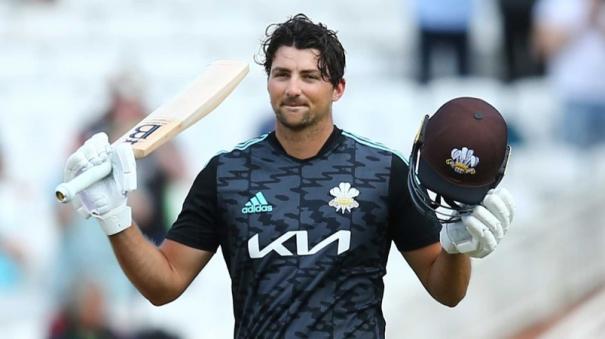 Melbourne: The ICC Men’s T20 World Cup cricket series is scheduled to be held in Australia in October. In this case, the Australian Cricket Board has announced the 15-member Australian team that will participate in this series. In this, Mitchell Swepson, who was part of last year’s cup winning team, has been removed and action batsman Tim David has been added.

Tim David was born to an Australian couple living in Singapore. Tim David moved to Perth, Australia at the age of 2. However, Tim David scored 558 runs in 14 matches for the Singapore cricket team. Cricket Australia has named Tim David in the squad for the T20 World Cup as he now fulfills all the eligibility requirements to play for Australia as per ICC regulations.

Tim David’s action in the Pakistan Super League was seen by the Mumbai Indians in the IPL series for which he was bid for Rs 8.25 crore. Tim David has also played for some teams in the Bigg Boss T20 series.

The Australian Cricket Board has also announced that the same team announced for the World Cup will tour India later this month and play a 3-T20I series. Only David Warner has been rested.