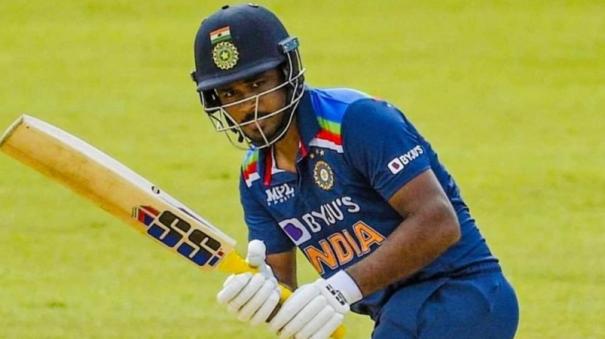 As the Indian squad for the T20 World Cup has been announced, netizens are questioning why Sanju Samson and Mohammed Shami are not included in the squad.

The T20 World Cup tournament will be held in Australia from October 16 to November 13. A total of 16 countries are participating in the T20 World Cup. The 15-member Indian squad for this World Cup series has been announced today.

KL Rahul has been announced as the vice-captain of the Rohit Sharma-led Indian team. Jadeja, who was ruled out of the Asia Cup series due to injury, was not included in the squad. Also, Axar Patel has been included in the team as his replacement. Jasprit Bumrah, who was rested for the Asia Cup series, has returned to the team. The Indian team includes Tamil Nadu players Dinesh Karthik and Ravichandran Ashwin.

Soon after the announcement of the Indian team, the names of both Muhammad Shami and Sanju Samson were trending on Twitter. These two players who are much loved by the fans have shown excellent performances in the recent IPL matches. Fast bowler Shami is the highest wicket taker for Gujarat Titans.

Likewise, Sanju Samson’s role in taking Rajasthan Royals to the finals was immeasurable. While Shami’s name is on the list of stand-by players, Sanju Samson’s absence from the team has come as a shock to his fans.

A netizen commented that Rohit Sharma cheated on Sanju Samson.

Is this the backing Sanju Samson got?
Rohit betrayed him #SanjuSamson #justice pic.twitter.com/vmm5EfbvnQ

Another Twitter user said, “Sanju Samson’s absence from any Indian team is shocking. Not in the T20 World Cup squad, not even in the Australia and South Africa series, is very shocking,” he said.

It’s very shocking Sanju Samson is not in any India’s squad, not in T20 world cup squad and not even for Australia and South Africa series.

A cricket fan posted on Twitter that the Indian team made a big mistake by not including Mohammed Shami in the team.