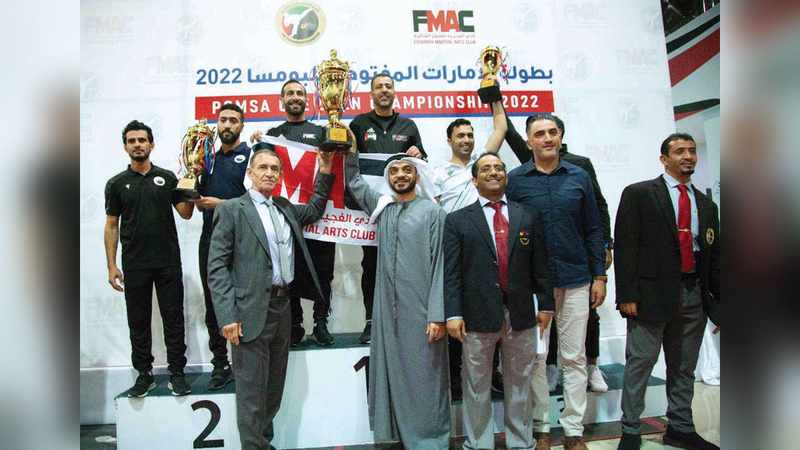 The Taekwondo team at the Fujairah Martial Arts Club was crowned the UAE Open Championship in the “Pumsa” category, after winning 10 gold, three silver and three bronze medals, with a total of 83 points.

The competitions were held last Saturday at the headquarters of the Fujairah Martial Arts Club in the Emirate of Fujairah, under the supervision of the Emirates Taekwondo Federation, with the participation of more than 130 male and female players from various clubs in the country.

The Executive Director of the Fujairah Club for Martial Arts, Dr. Ahmed Al-Zeyoudi, expressed his happiness with this achievement, and said that it came thanks to the support of His Highness Sheikh Mohammed bin Hamad bin Mohammed Al Sharqi, Crown Prince of Fujairah, for sports and athletes, and his interest in sports talents and their achievements.