Taiz.. 40 people were killed and injured by Houthi fire during 33 days of the armistice 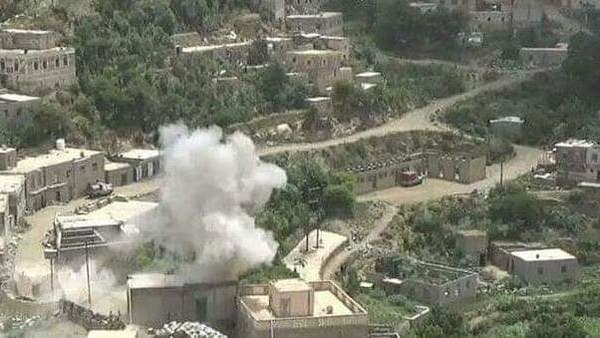 A military statistic revealed the killing and wounding of 40 soldiers and civilians, by the Houthi militia’s coup d’etat fire, in Taiz Governorate, southwest of Yemen, since the start of the UN truce on the second of last April.

The media office of the Taiz Military Axis said, in a statement, that the Axis forces had detected 1,126 violations committed by the Houthi militia since the start of the truce until (last Tuesday).

He stated that the Houthi violations included “all fronts of Taiz governorate inside and outside the city and its western and southern countryside, using various heavy, medium and light weapons, drones, and sniping operations.”

The violations also included “the creation of new fortifications, roads and sites, in addition to bringing in human reinforcements, equipment, ammunition and weapons on various fronts.”

He added: “The violations affected army positions, densely populated neighborhoods inside the city, populated areas and villages, and camps for displaced people in the countryside of Taiz.”

The statement stated that as a result of these violations, at least 6 soldiers were killed and 34 others were wounded, including 11 civilians, including women and children.

On Wednesday, the Houthi militia targeted, with drones, Al-Qiyadah Street near the Taiz Security Department and within walking distance of the Garden City park, which is crowded with civilians.

As a result of the Houthi shelling, 10 civilians, including two soldiers, were injured, in addition to the destruction and damage of 4 civilian vehicles and two security staff. According to a report issued by the provincial police department.

The security of Taiz called on the Presidential Command Council to take a firm and deterrent stance against the ongoing Houthi crimes against civilians and its violations of international law, and its continued violations of the UN armistice.

The attack was also considered an affirmation of “the terrorist tendency of the Houthi militia, and its persistence in deepening and multiplying the suffering and wounds of Taiz, which has been suffering from the scourge of siege and bombardment that has continued for seven years.”

He called on the United Nations and the UN envoy to Yemen to fulfill their responsibilities in taking the necessary measures regarding the repeated violations of the Houthi militia and its continued violations of international law.