Taiz..More than 31 thousand violations against civilians during the siege 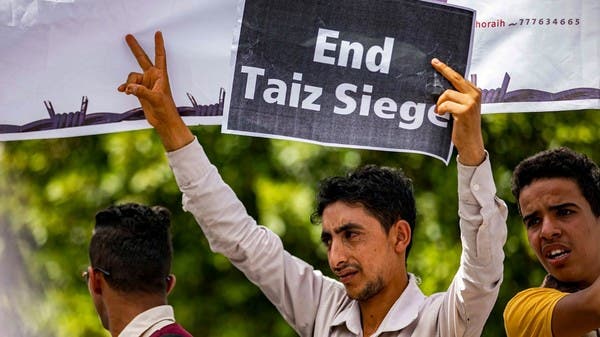 The Human Rights Information and Rehabilitation Center Hritc said that it had documented more than 31,000 violations against civilians in Taiz Governorate (southwest of Yemen), during the years of the siege imposed by the Houthi militia on the governorate for seven years.

The Information Center stated in a report issued on Tuesday, entitled: “Taiz… the Siege of Death,” that it had documented 31,178 cases of violations from March 21, 2015 to April 30, 2022, distributed between killing, injuries, kidnapping, displacement and destruction of public and private property, most of which were directly committed by the Houthi militia. .

He stated that most of the victims were killed by mines and explosive devices planted by the Houthi militia, as tens of thousands of mines claimed the lives of about 776 civilians, according to the findings of the center’s field monitoring team, including 37 children and 23 women, and injured 1,274 civilians, including 60 children and 27 women.

The cases of kidnapping amounted to 473 civilians, 175 cases of enforced disappearance, 895 cases of arbitrary detention and 98 cases of torture, many of which resulted in death or permanent disability, complete paralysis or insanity and psychological state, 88 cases of assault on civilians, and 75 violations of freedom of opinion and expression.

The report quoted various reports, the most important of which is the reports of the International Organization for Migration, which documented the forced displacement of the Houthi militia and the displacement of about 4,050 families.