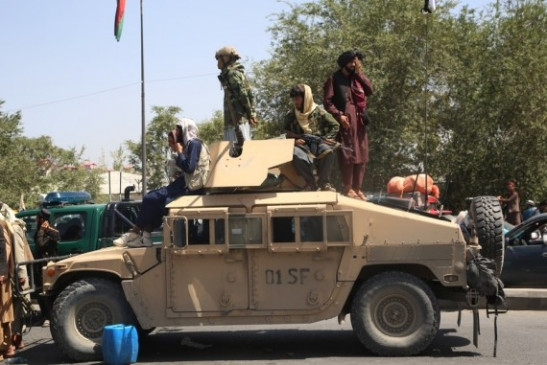 Digital Desk, Kabul. Taliban fighters have either killed or forcibly disappeared more than 100 former police and intelligence officers in Afghanistan since they took power on August 15. Human Rights Watch has claimed this in a report released on Tuesday. Human Rights Watch said in its report that it documented the killings or disappearances of 47 former armed forces members, including military personnel, police, members of the intelligence service and militias, between August 15 and October 31. It said its research indicates that there are at least 53 other murders and disappearances of individuals. Human Rights Watch has gathered reliable information on more than 100 murders from Ghazni, Helmand, Kandahar and Kunduz provinces alone.

Human Rights Watch Associate Asia Director Patricia Gossman said the Taliban leadership, as promised, has not prevented local commanders from killing or disappearing former members of the Afghan security force. The onus is now on the Taliban to prevent further killings, to apprehend those responsible and to pay compensation to the families of the victims. The group pointed to the continuing retaliation against the deposed government’s armed forces, despite the amnesty being declared. Human Rights Watch, through interviews with witnesses, relatives, former government officials, Taliban officials and others, said it collected information about the killings or disappearances of 47 former armed forces members in four provinces between August 15 and October 31. The information provided is documented.

Human Rights Watch interviewed 40 people in four provinces in person and another 27 by telephone. A Taliban commander said those responsible for the atrocities cannot be forgiven. The Taliban leadership has instructed members of surrendered security forces units to register to receive a letter to guarantee their safety. However, Taliban forces have used these screenings to detain people and summarily execute or forcibly disappear within days of registration to find their relatives or communities. The Taliban have also been able to gain access to employment records left behind by the former government, which were used to identify people up for arrests and executions.

To take just one example, in late September in the city of Kandahar, Taliban forces went to the home of Baz Muhammad, who had been hired by the National Directorate of Security (NDS), the state’s former intelligence agency, and arrested him. Gaya. Later his body was found by the relatives. The Taliban have also conducted outrageous search operations, including night raids, to capture and sometimes forcibly disappear suspected former officers. A civil society activist from Helmand province questioned the action, saying the Taliban’s night raids are terrible. During searches, the Taliban often threaten and abuse family members to reveal the whereabouts of those hiding. Eventually some of those caught were killed or taken into custody without acknowledgment or knowledge of their location.

After he surrendered in late August, Abdul Razik, a former provincial military officer, was detained by Taliban intelligence in Helmand. Since then, his family has not been able to find out where he was kept, or whether he is still alive. Fears such as executions and disappearances have sparked fear among former government officials and others, who may have believed that the Taliban takeover would put an end to the retaliatory attacks that had become a feature of Afghanistan’s long armed conflict. . Notably in Nangarhar province, the Taliban have also targeted those they have accused of supporting the Islamic State of Khorasan Province (ISKP, an affiliate of Islamic State, also known as ISIS).

As the United Nations reports, Taliban actions against the ISKP rely heavily on judicial custody and killings. Many of those killed have been targeted because of their views or their particular tribal affiliation. On 21 September the Taliban announced the establishment of a commission to investigate reports of human rights abuses, corruption, theft and other crimes. The commission has not announced any investigation into any of the alleged killings, although it has reported on the arrests of several Taliban members for theft and the dismissals of others for corruption. In a November 21 response to Human Rights Watch’s findings, the Taliban said they had dismissed those responsible for the abuse but did not provide any information to confirm the claim.