WorldTaliban leader: Afghan women should not be allowed to work alongside men
World

Taliban leader: Afghan women should not be allowed to work alongside men 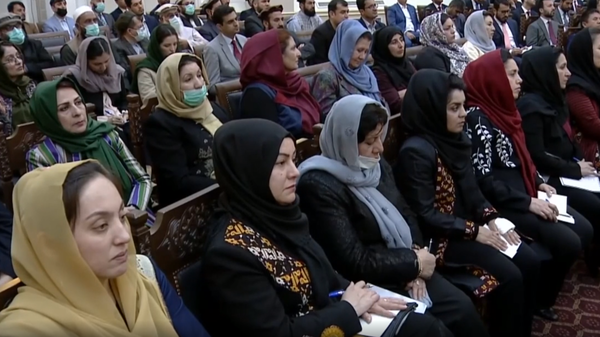 A senior Taliban official, Wahidullah Hashemi, told Reuters that “Afghan women should not be allowed to work alongside men,” according to a tweet by Iran International Arabic channel.

On Monday, the UN High Commissioner for Human Rights, Michelle Bachelet, expressed “disappointment” at the Taliban’s lack of diversity in Afghanistan, expressing concern about the treatment of women and the increasingly violent repression of dissenting voices.

Opening the 48th session of the Human Rights Council in Geneva, Bachelet said she was disappointed by the lack of inclusiveness of the so-called transitional government, which includes no women and has few non-Pashtun members.

She also expressed concern that “contrary to Taliban pledges to preserve women’s rights, women have been gradually excluded over the past weeks from public affairs.”

UNHCR had warned last August of reports of serious violations committed by the Taliban in Afghanistan, including extrajudicial executions of civilians, restrictions on women and protests against the movement’s rule.

Bachelet made it clear, at the time, that the way the Taliban treat women and girls and respect their rights to freedom, freedom of movement, education, expression, and work in accordance with international human rights standards, would constitute a red line.

While the Taliban promised last month, immediately after taking control of the government, to respect women’s rights, and to allow them to study and work, provided that they wear what they called “Islamic dress” without specifying what it is, several women’s marches took place later in September denouncing the exclusion of women from the government and senior jobs. It has motion elements shot and whips.

It is worth noting that the United Nations has repeatedly stressed during its press conferences that the Taliban must adhere to respect for human rights. Including, fulfilling its promises and pledges to grant amnesty to former Afghan government workers, integrate women and allow girls to continue their education.