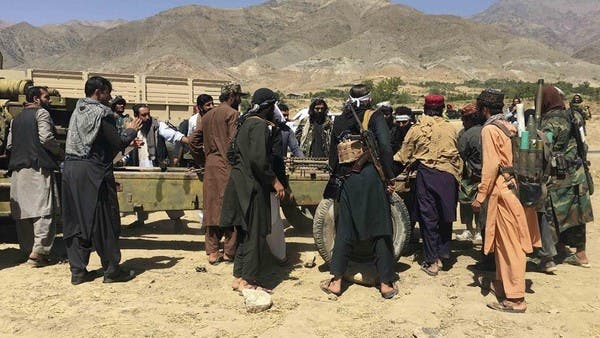 Taliban spokesman Zabihullah Mujahid said in a tweet on Tuesday that the “Islamic Emirate of Afghanistan” had released five Britons after nearly six months in captivity.

IEA released five British nationals after nearly six months in captivity, “The British nationals were detained for violating the country’s laws and the traditions of the Afghan people, the IEA spokesman, Zabihullah Mujahid said…https://t.co/8kjAUnGDyp@Zabehulah_M33

Mujahid, who is also the Deputy Minister of Information and Culture, said that the men were detained on charges of violating Afghan laws and traditions, adding that “the British were arrested six months ago for violating the laws of the country and the traditions of the Afghan people, and that they were released after a series of meetings between officials of the two countries,” according to the Afghan Cable Times website. .

A spokesman for the movement said that the released pledged to remain committed to the laws of the country and the traditions and culture of the Afghan people.

He stressed that Afghanistan is now safe for everyone and anyone can visit Afghanistan for relief work or tourism purposes.

For his part, a British Foreign Office spokesman said, “We welcome and appreciate the release by the current Afghan administration of five British nationals who were detained in Afghanistan.”

“These British nationals had no role in the UK government’s work in Afghanistan and traveled to Afghanistan against the British government’s travel advice and this was a mistake.” “On behalf of the families of the British people, we express and apologize for any violation of Afghan culture, customs or laws,” the spokesman added.

It is noteworthy that the Taliban took control of Afghanistan on August 14, 2021, after the capital, Kabul, fell into the hands of the armed group without a fight, which came as a continuation of the Taliban’s control of most of the country with the start of the US withdrawal.