Taliban: We have captured 90% of the Afghan border الحدود 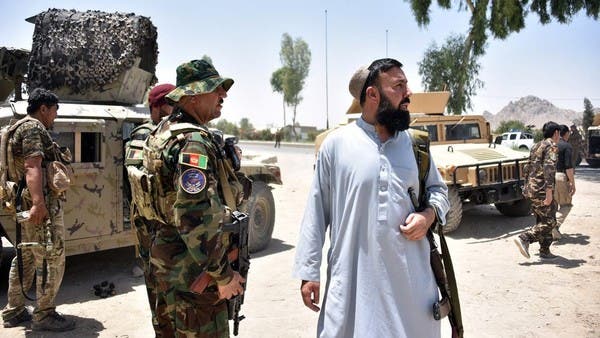 
The Taliban spokesman told Russian news agencies that the movement controls 90 percent of Afghanistan’s borders, where it is leading an offensive simultaneous with the withdrawal of foreign forces, without verifying these statements from independent sources.

“The Afghan borders with Tajikistan, Uzbekistan, Turkmenistan and Iran, or nearly 90 percent, are under our control,” Zabihullah Mujahid told the state-run RIA Novosti news agency.

On the other hand, the Russian Foreign Ministry announced that the Taliban had informed it of its readiness to form an inclusive government with the authorities in Kabul.

In addition, the Taliban has been leading a comprehensive attack against the Afghan forces since May, at a time when the international forces began the process of their final exit from the country, which is scheduled to end at the end of August.

Since then, the rebels have captured large swathes of rural land, as well as many major border posts, and encircled large cities.

In the absence of primary US air support, the Afghan forces were unable to withstand the Taliban and no longer controlled only the capitals of the provinces and the main hubs.

Earlier in July, the Taliban announced that they control 85 percent of Afghan territory, a proportion that the government objects to and is impossible to verify independently.

And on Thursday, Tajikistan mobilized its entire army to verify the readiness of its elements, in a combat maneuver that is the first of its kind in the Central Asian country, and came on the impact of the deteriorating situation in neighboring Afghanistan.

JEE Advanced Entrance Examination on Oct. 3: Announcement by the Minister of Central Education

“Be the partner of the future”..a questionnaire launched by the Saudi digital government

“Farda” with the “Godolphin” logo, the heroine of the Australian “Chef de Pers”

The daughter who deposed her mother .. in that case ..! Legs, arms tied and miserable