Taliban: We will not launch new operations during Eid al-Adha and remain in a defensive position 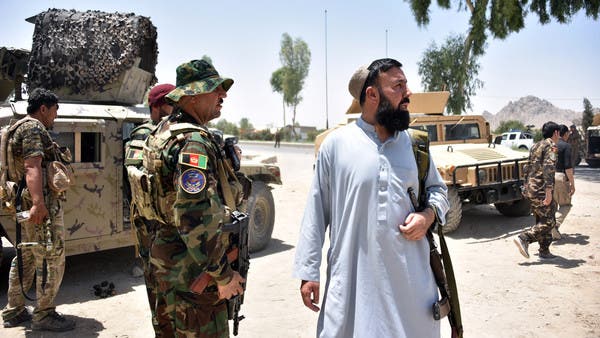 
The Taliban confirmed today, Wednesday, that it will not fight during the Eid al-Adha holiday except in self-defense, but it did not announce an official ceasefire.

The movement is launching large-scale military operations throughout Afghanistan, during which it has seized lands and border crossings and cordoned off cities, with the withdrawal of foreign forces nearing completion.

“I can confirm that we are on the defensive during Eid,” a Taliban spokesman told AFP, without elaborating.

Eid al-Adha celebrations began on Monday in Afghanistan and will continue until Friday.

On previous holidays, the movement announced a truce in the fighting with government forces, giving Afghans space to breathe and visit their families in relative safety.

But the movement has faced criticism for using truce announcements to bolster its positions and supply fighters, allowing them to attack security forces as the truce ends.

The Taliban’s comments came a day after President Ashraf Ghani announced in a speech that Taliban fighters had proven “they have neither will nor intention to bring peace”, while negotiations between the two warring sides are making little progress.

Minutes before he delivered his speech, three rockets landed near the presidential palace where Ghani was performing Eid prayers with senior officials. ISIS claimed the attack.

Despite their ideological differences, ISIS, which is much smaller than the Taliban, is accused of acting as a proxy for the movement, particularly in attacks targeting civilian government employees.

In a related context, about 15 diplomatic missions in Afghanistan called this week for an “urgent end” to the Taliban attack, which contradicts what the movement declares in terms of its intention to reach a political agreement to end the conflict.

The call came after a round of talks that did not achieve tangible progress in Doha at the end of last week between the two sides, which many hoped would launch the faltering peace process.

Over the weekend, Taliban leader Hebatullah Akhundzada issued a statement saying he “strongly supports” a political settlement “despite the progress and military victories.”

UFC president spoke about the presence of chronic arthritis in McGregor

Foreign Policy: The conflict between Israel and Iran is widening because of Lebanon