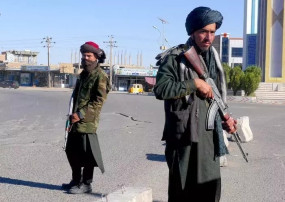 digital desk, Kabul. The Taliban have announced that they will resume the recruitment process of Afghan government employees, excluding female employees. This information has come out from media reports.

When asked about hiring women employees, the officials said that the issue is yet to be decided and it will take time.

Commission chief Kirmatullah Akhundzada said they would work towards ensuring more facilities in government administration and working for further reforms in administration.