Taliska: Salem Al-Dosari is the best… and my house loves “sheep” 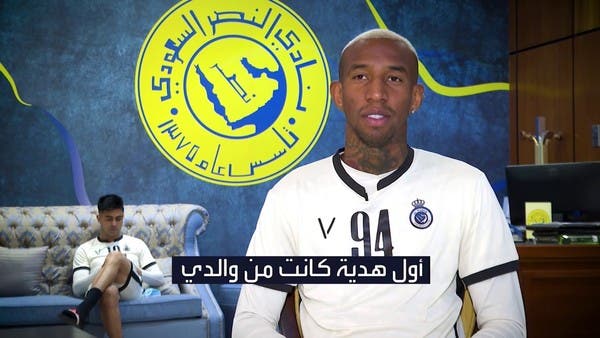 Anderson Taliska, Al-Nasr player, confirmed that Al-Hilal player Salem Al-Dosari is the best player in the Saudi league this season from his point of view, while his colleague Betty Martinez stressed that Al-Asfar will be the league champion this season.

Taliska told “Into the Goal” program: “Al-Nasr will simply win the league as well as the cup. We are working to win titles.”
His colleague Betty Martinez supported his words, saying: We have many matches left in the league and the same in the King’s Cup. We are required to work to win and crown the title, for me victory is the winner.

The duo expressed their admiration for the Saudi stadiums, emphasizing that Al-Nasr Stadium “Mrsoul Park” is the best among them.

Talisca revealed his role model in football since his childhood and chose the Brazilian Rivaldo.

Betty Martinez indicated that his colleague Taliska is the best player in the league this season, while Ever Banega chose the youth leader as the “hardest” player he faced, and Taliska said that Salem Al-Dosari, Al-Hilal player, is the best player of the season in the Saudi League.

The two stars agreed that they loved to eat lamb, but Talisca stressed the importance of training after that meal.