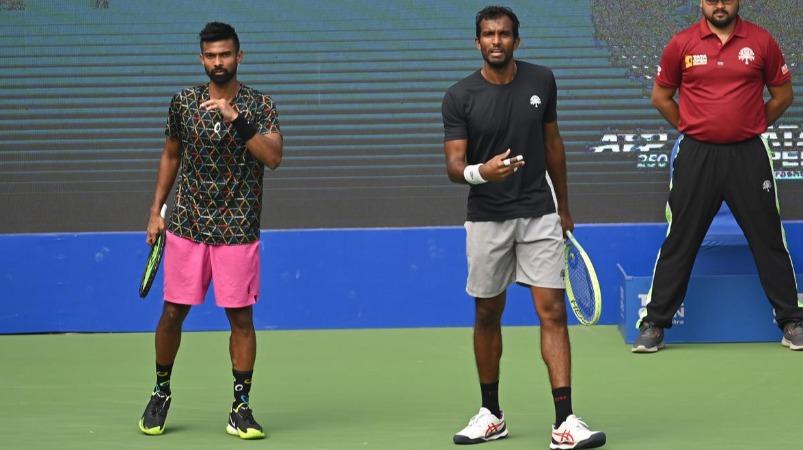 The Australian Open, the first Grand Slam tournament of the year, is held in Melbourne. The leading players and players in the world are participating and playing in this series. Similarly, leading pairs have also participated in the doubles and mixed doubles category.

India’s Jeevan Nedunchezhiyan-Sreeram Balaji were included in the men’s doubles alternate list in this prestigious series. They from Tamil Nadu were waiting for their chance at the 9th position in the alternate list. A few pairs above these got a wild card chance. Some couples opted out. Thus Jeevan-Balaji pair had only one place to advance to get a chance for the main round.

Meanwhile, in the main round, Ivantudic of Croatia, who was ranked 5th in the competition ranking, and Austin Krzysek of America, the wildcard pair of Mackenzie Macdonald of America, and Marcelo Melo of Brazil, will face each other. Mackenzie MacDonald stunned Spain’s Rafael Nadal in the second round of the singles. But Mackenzie MacDonald was injured in the 3rd round loss to Japan’s Nishioka. Due to this, he announced that he will withdraw from the doubles match. His withdrawal gave Jeevan-Balaji a chance to play in the Australian Open.

Jeevan Nedunjehian from Chennai and Sriram Balaji from Coimbatore took advantage of the opportunity. The pair face Croatia’s Ivan Tudyk, the 5th seeded pair and last year’s French Open runner-up, Austin Krajicek of the United States in their first round.

After winning the first set 7-6, Jeevan-Balaji lost the second set 2-6. But Ivan Tudyk and Austin Krzysek eliminated the pair from the series by retaliating 6-4 in the last set. India’s Munnani doubles pair of Yugi Bhapmri, Saket Maineni and Roganbopanna and Ramkumar Ramanathan lost in their first round matches, but Jeevan-Balaji’s progress to the 2nd round caught everyone’s attention. The pair lost 4-6, 4-6 to France’s Jeremy Chardy and Fabrice Martin.

The Jeevan-Balaji pair had advanced to the finals of the Tata Open held in Pune just two weeks ago. 34-year-old Jeevan Nedunchezhiyan,

Late Former Interim Chief Minister of Tamil Nadu Ir. He is the grandson of Nedunjehiya. Jeevan Nedunchezhiyan participated in the Wimbledon series held in 2017 and was eliminated in the first round. Since then, after 6 years, he has now played in the Grand Slam series and has tasted victory in the first game only.

After this Balaji was looking for a new partner and reunited with Jeevan. Since May 2022, the pair have played 19 series on the Challenger Tour. Jeevan-Balaji pair won the trophy in the series held in Sulovekia, France. They entered the top 100 in the doubles rankings by finishing 2nd in the ATP series held in Pune. Jeevan – Balaji’s next target is to play in the French Open.