Tanase: I did not find it difficult to adapt to the atmosphere in the UAE league 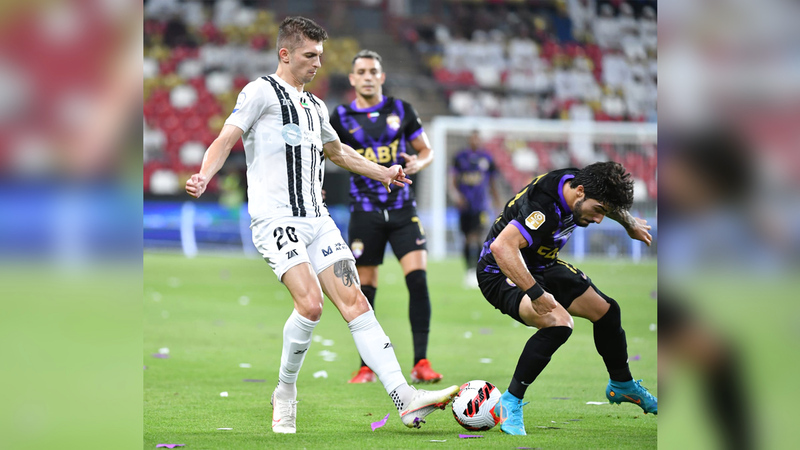 Al-Jazira player, Florin Tanase, expressed his happiness with the experience of playing in the ranks of “Pride of Abu Dhabi” and moving to the ADNOC Professional League, noting that he did not find it difficult to adapt to the atmosphere in the UAE League.

He told the Romanian newspaper “Playtic Impact” that he feels very good in his first weeks with Al-Jazira, explaining: “The start is very good, and the team won the first three matches of the league competition and is second on goal difference, and frankly, I received a wonderful reception from the management.” The technical staff and the players, and this had a very positive impact on my performance in the first three rounds.”

He added, “I got along quickly with the team, especially that I was well appreciated, which made my focus on giving everything I had and helping the team achieve victories.”

He pointed out that the difference in the timing of the exercises compared to the timing in the Romanian league did not affect his level, and said: “In general, things are similar in the Emirates with Romania, and the only difference is the timing of the exercises, as the training takes place in the evening period, while my daily schedule has not changed significantly, from During my commitment to eat breakfast and then go to the gym and get a rest after that, before I go to training, and after training, we head to the restaurant.”

He continued, “I moved to my residence permanently, and starting in October, my family will come from Romania and live with me in the Emirates.”

Tanasi praised the strength of the competition in the ADNOC Professional League, and said: “The clubs include a very good group of players, such as the Bosnian Miralem Pjanic and the Spanish Paco Alcacer in Sharjah and the Ukrainian Yarmolenko with Al Ain, as well as the Romanian coaches Olario Cosmin and Daile Isla, and in general the clubs presented strong levels in the three rounds. The first of the league.

The Al-Jazira player talked about joining the Romanian national team and playing two matches in the European Nations League against Finland and Bosnia and Herzegovina, and said: “We have three points from the first four rounds, and we want to win so that our position in the group improves, and I think we can do that.”

The newspaper pointed out that Florin Tanase contributed to his former team Steaua Bucharest receiving three million euros in exchange for his move to the island, explaining that the Romanian international seeks to lead the “pride of Abu Dhabi” to win the league title.

“I got a wonderful reception from the management, the technical staff and the players.”