Tax time: what you need to know about payments on deposit income 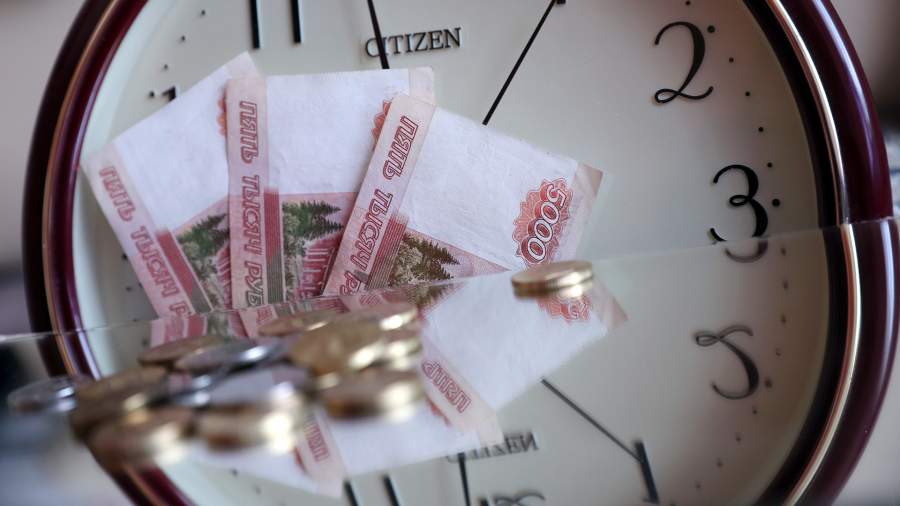 This year, a new tax awaits Russians – on income from deposits over a million rubles. A 13% tax will be levied on both ruble deposits and those held in foreign currency. Pensioners will have to pay it too. Interest income and the value of the key rate of the Central Bank will matter. Izvestia found out how the tax will be calculated and whether there are ways to avoid payment.

In 2022, individuals will need to pay a new tax – on income from bank deposits received in the previous year. A 13% tax will be levied on both ruble deposits and those held in foreign currency.

Deposits in foreign currency will not be an exception – the tax will have to be paid on the income received from them. It will be recalculated in rubles at the exchange rate of the Central Bank on the date of closing the account or on the date of actual receipt of income (interest) to the depositor’s account.

However, most of the contributors will not be affected by the innovation. According to the DIA’s monitoring data, in 2021 the share of deposits over 1 million rubles is relatively small – 2.8% of the total amount of individuals’ funds attracted by banks. And just on October 1, the population opened more than 240 million accounts in Russian banks. Moreover, people still place 20.9% of their savings in foreign currency.

According to the estimates of professional market participants, the tax will affect about 1% of depositors who keep money in the total amount of 1 million rubles or more in time deposits and savings accounts in different banks, says Irina Andrievskaya, communications director of the Vyberu.ru financial marketplace.

“The number of accounts exceeding 1 million rubles, the owners of which will begin to pay tax, according to various estimates, is a little more than 1%. Ruble accounts are subject to taxation, except for those with a rate below 1% and escrow accounts, ”confirms Andrey Arzhanukhin. But foreign currency deposits are subject to the new tax in full – tax is levied on the income received on them regardless of the interest rate.

As the executive director of the financial aggregator “VseZaimyOnline” Artur Karaichev warns, in addition to large deposits from a million rubles, new taxation may affect smaller ones, but with a high interest rate. In this case, the main factor is profitability, which exceeds the taxable minimum.

Another thing is that the amount from “millionth” deposits in comparison with the income received is not too significant.

“Suppose you deposited 1 million rubles on January 1, 2022 at a rate of 9% for one year. At the end of 2022, we received income from a deposit in the amount of 90 thousand rubles. This income exceeds the tax-free amount of 85 thousand rubles by 5 thousand rubles. Accordingly, tax will have to be paid from this part. And this will amount to only 650 rubles“- explains financial consultant Yulia Khizhnyak.

Are there ways to optimize tax

Is it possible to avoid paying tax by splitting the deposit amount and opening accounts in different banks? Lawyers don’t think this will work. Banks will report to the tax office on all deposits and the interest income received on them will be summed up. The only exception will be income from people’s accounts opened at a rate of up to 1% per annum. These are, for example, current salary accounts, demand deposits. The income from escrow accounts used in mortgage lending will not be taxed either.

“Information on all accrued interest on all deposits for the past year will be sent by banks directly to the Federal Tax Service by February 1, 2022. Information on the accrued interest on deposits in foreign currency will go to the Federal Tax Service regardless of the deposit rate. Thus, there is no point in dividing account balances into amounts up to 1 million rubles. “, – explains Eduard Davydov, partner of the international law firm NOA Circle.

The Federal Tax Service will independently calculate the tax amount and, by November 1, 2022, will send the taxpayer a notice of tax payment, by analogy with the transport tax.

“To understand how much taxes will have to be paid to the state in 2022, you need to remember in which banks there were savings accounts and time deposits a year earlier. Then, in a branch, application or Internet bank, view account statements for the period from January 1 to December 31, 2021. With a calculator, sum up all accrued interest for this period for all savings accounts and deposits in all banks“, – recommends Irina Andrievskaya from” Vyberu.ru “

At the same time, as the lawyer clarifies, there is a nuance with deposits, the payment of interest on which is provided at the end of the term. So, if a deposit was opened, for example, in 2018 for three years, and interest on it was charged, but not paid until 2021, then all interest will be taxed upon crediting it to the account in 2021 – since for individuals the tax event is the actual receipt of income.

Tax payment can still be avoided – for example, diversify savings. Some of them can be used to purchase shares of highly reliable companies. As participants in the financial market assume, the tax was introduced primarily so that citizens do not keep large sums in bank accounts, but go with it to the securities market and invest in the real sector of the economy.

“True, you also have to pay personal income tax from dividends, but your broker will already withhold it. That is, you will receive dividends in your hands (or rather, on your bank card), which have already been “cleared” from tax. But a high dividend yield can allow you to hedge against inflation, it is only important to choose the right securities “, – notes Natalya Milchakova, deputy head of IAC “Alpari”.

Recently, Russians’ interest in investment has increased. This was facilitated by low interest rates at the beginning of the year, the growing popularity of the stock market, and easier access to exchange trading. Following the results of 11 months, the Moscow Exchange announced that the number of brokerage accounts of individuals increased to 26.5 million. Growth to the level at the end of 2020 is 81.5%. Analysts and market participants expect the number of brokerage accounts to continue to grow and further… Savings will start looking for alternative investment methods. Investments in gold and Individual Investment Accounts (ISA) with tax incentives may become more popular.