Teachers lock up students demanding cancellation of workplace change: Shocking incident in UP 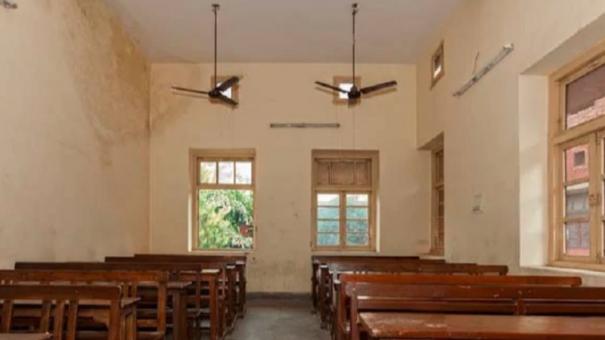 Lucknow: Two teachers from Lakhimpur, Uttar Pradesh, shocked their schoolgirls by locking them up on the balcony, demanding the cancellation of their workplace transfer order.

The incident took place last Thursday. After a long struggle, the local police rescued the students who were locked in the room and sent them back safely to the school hostel.

In an interview with Lakshmikanth Pandey, an education officer at Lakhimpur Carey, the two teachers were involved in the incident when they protested against a change of workplace given to them. The two were transferred as a disciplinary measure after various complaints were already lodged against them. Both were ordered to work at Kasturba Gandhi Balika Vidyalaya. But officials said the two were involved in this heinous act of pressure to rescind the order.

An FIR has been registered against the two teachers, Manorama Misra and Goldie Katiyar. A departmental inquiry has also been ordered. The inquiry report is expected to be filed within three days.