Team Emirates among the top 5 in the Tour of Spain 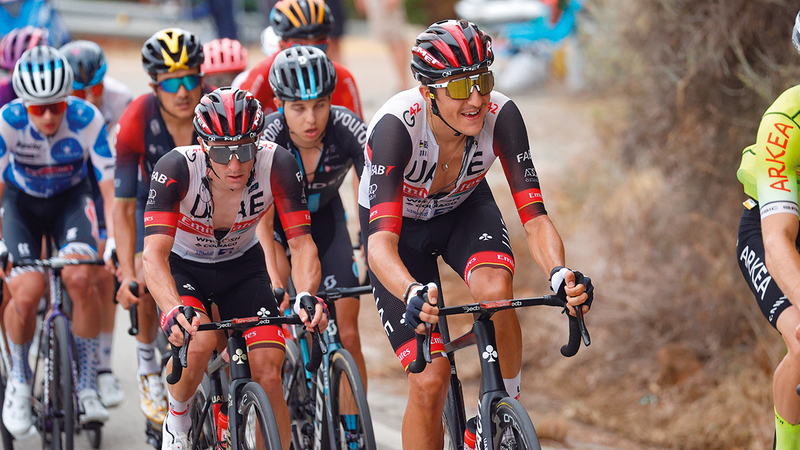 Team Emirates’ two riders were able to join the top five in the 12th stage of the Tour of Spain, which took place over a 192.7 km track from Salobrena to Pinas Blancas, with Mark Zoller and teammate Jan Polanc winning third and fourth places, respectively. The stage saw the formation of an advanced group on the flat part of the track consisting of 32 riders, including Oliveira, Zoller and Polanc, who were able to lead the main group by about 11 minutes. The Emirates team is currently leading the classification of teams in the Tour of Spain, and is preparing to participate tomorrow in the 13th stage of the tour, which will be held on a track of 168.4 km from Ronda and ending in Montia.