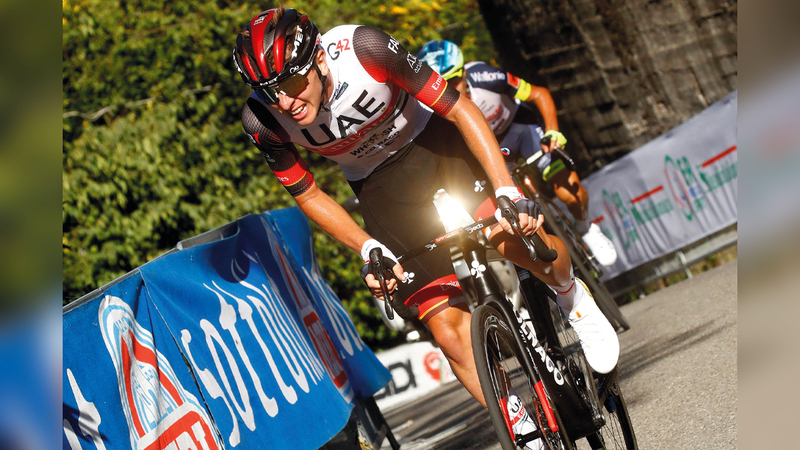 Slovenian Tade Pogacár of Team Emirates won second place in the final stage of the Emilia Cycling Tour, which was held over a 198.7-kilometre track that ended with a two-kilometre grueling climb in San Luca, Bologna. The Emirates team was able to control the pace in the second half of the track, with access to the first slope in San Luca.

Thanks to the strong performance of Mayka, the advanced group sprinted 20 km from the finish line, including Ulissi and Formula One who supported Bogachard before reaching the final two laps of the race. The race witnessed a fierce competition between the Emirates team captain and his Spanish competitor, Enrique Mas (Movistar), before the latter managed to cross the finish line first to finish the Slovenian in second place.