Tears at Chantal: ‘Celebrity’er’ in guessing game turns out to be a loved one who did not see candidate Christian for years 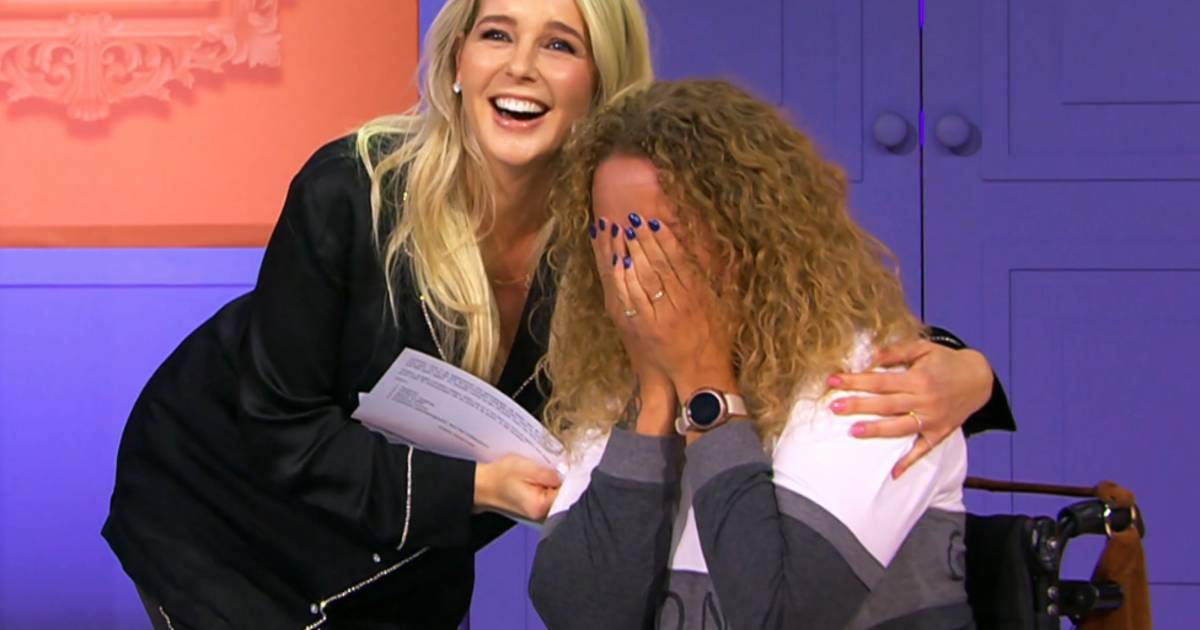 With video734,000 viewers saw last night how Chantal Janzen provided an emotional reunion Chantal’s pajama party. For once, the mysterious guest in the ‘wiring game’ was not a well-known Dutchman, but someone that participant Christian had been missing for years after a heavy loss.

Kirsten and her husband Christian have had a difficult time, Chantal said in her RTL 4 show. The woman has the so-called Stiff person syndrome (SPS), a progressive neurological condition in which muscles can become stiff and painfully contract. Partly because of this, she does as many fun things as possible. Kirsten is in a wheelchair, so husband Christian goes almost everywhere. Even if he doesn’t feel like it too much himself.

After the question whether he was waiting for the trip to Chantal’s recordings, he had to think. But then, laughing: ,,Er… yes.” In the end it became his evening, precisely because Kirsten can always drag him everywhere.

Christian is originally from Chile and his brother Tito still lives there. Since Kirsten and Christian have children, it is not easy for them to travel to South America. And that while the brothers need each other so much: in corona time they lost both their parents. It had been three years since Christian last saw his brother.

His evening could not go wrong when Chantal surprised him with a video message from Tito and his wife. Christian and Kirsten were both in tears as Tito wished the couple luck for the game they were about to play. In that game, ‘Who’s in the spare room?’, participants enter a pitch-black room with a bed. Therein lies a celebrity, whose identity they have to guess with hints that they perceive by touch.

At least, it is usually a celebrity, Chantal said now. In the room Christian found successively a passport, a plane, a llama cuddly toy, a poncho and chili peppers. Kirsten was blindfolded, but was already getting a little emotional. After all, llamas are found in Chile, the poncho was a typical South American model. In terms of celebrities, the hints could still point to hello goodbyestar and lover of Mexican music Joris Linssen, but Christian and Kirsten had it figured out.

It has been a long time since Christian was in bed with someone else, Chantal postponed the revelation. ,,I hope so”, Kirsten laughed. ,,Are you Tito?” Christian asked the official question to the person under the covers. Who said ‘si‘, because it was indeed his brother. The men fell into each other’s arms and kissed, while Kirsten burst into tears at Chantal’s. Once Tito was out of bed, she also fell into his arms.

“The last time I saw him, my father had passed away,” said an overjoyed Christian. ,,We have had bad years.” The couple did not win the main prize of a holiday to Sri Lanka in the show, but the prize could not have been greater than the reunion.