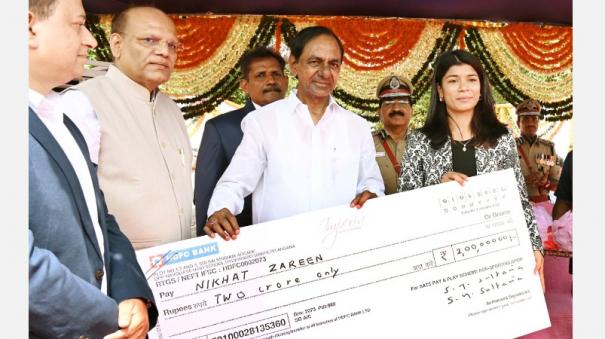 Hyderabad: Telangana Chief Minister Chandrasekara Rao has handed over a check for Rs 2 crore to Nikath Irene, who won the women’s world boxing title. The check was handed over to Nikath on Telangana Udaya Day.

Nikath Zareen, 25, of Nizamabad, set a historic record at the World Boxing Championships on May 19. His success was praised by many. Nikath recently met and greeted Prime Minister Modi.